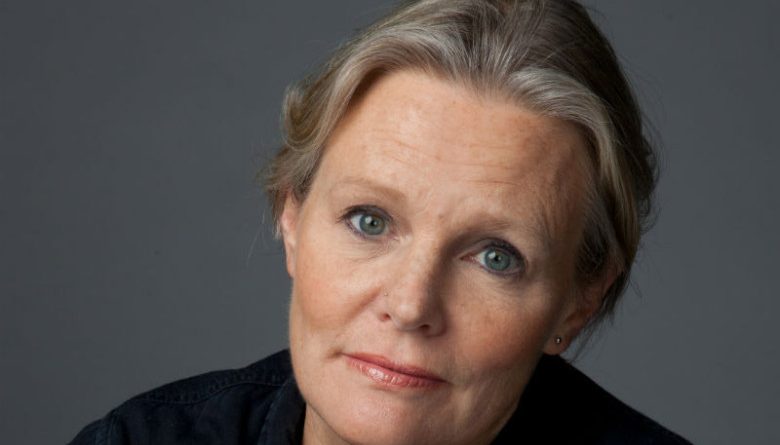 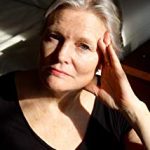 A Film Years in the Making 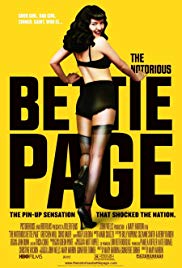 Harron first became interested in Bettie Page in 1993. After reading up on Page, Harron was inspired to tell her story on film. Along with co-writer Guinevere Turner, Harron spent years honing the script and figuring out which parts of Page’s life to focus on. Although Page’s career and personal life would seem to be the perfect fodder for a feature film, Harron’s The Notorious Bettie Page is the first theatrically released movie based on the iconic model.

“There were several projects, I think, there was a competing project with ours that was around for many years that wanted to do the life of Bettie Page,” explained Harron. “It’s kind of not easy to put someone’s life on film and create a narrative out of it. But I’m surprised more hasn’t been done about that whole era because burlesque is so popular now. Certain things have had such a rival. And then, of course, people like Madonna have been taking imagery from Bettie Page films and photographs for years.”

Harron and co-writer Turner had to make tough decisions on what to include and what not to in order for the film to flow narratively. “It was very tough because for several years we had scripts that did a lot of her early life, like how she met her first husband. A lot of that romance. We loved that material but dramatically the film never really got going until she got to New York. That was where it felt like the film really started, when she comes into the Klaws studio. We then spent a couple of years trying scripts which took in the far darker aspects of her later life. This would be like 15 years after she stopped modeling – 15, 20 years. Where she had a couple of bad marriages and had a period of mental illness. We went into that but then it became very depressing. It became also very contradictory also because we’d jump from kind of the lighter end of the ‘50s forward and suddenly you don’t really understand how this woman became that. You have to show this long decline. It wasn’t like she suddenly had a period of mental illness. It was this long, slow process of things going wrong in her life in her 40s.

Page shies away from interviews and Harron believes there are a number of reasons why. “I think that [there are] certain things she doesn’t want to talk about in her life. And I think also that she likes this image of when she was young. I think she really does miss her youth and beauty, and she just wants people to be able to think about that. You know, it’s depressing to her for people to focus on her in her old age.”

According to Harron, Page was not involved with this film because she was attached to a rival project. “I would have loved to have met her and talked to her and there are certain things I would have loved to have asked her about, but on the other hand it’s a double-edge sword. When you have an official portrait of someone, if they say they don’t want something in there, then you’re really in a bind. And there are certain things in her life that she would have been uncomfortable with us showing, I think. I think in the end it was freeing.”

Harron and Turner did extensive research into Page’s life, interviewing friends and even Page’s ex-husband to help them get the story right.

Asked if anything she learned during the research process surprised her, Harron responded, “Yes. Just before we started filming Gretchen and I and a couple of us went to see a man named Edward Morehouse, a drama teacher in New York who was in Bettie Page’s acting class. We had already written the scenes about Bettie Page acting where we had her being shy and being intimidated by the serious New York acting students. But he told us something really amazing. When they would do the improvisational classes, she would very often just start to take her clothes off. We said that’s clearly very significant and so we put that in.

I think she would just go to that place where she was so used to doing it and it was like a comfortable thing for her to do. She probably thought, ‘I don’t know what to do know. I’ll just do what I always do.’”

Securing the Financing for The Notorious Bettie Page

The decision to shoot the film in black and white was one of the major hurdles Harron had to overcome with potential financial backers. “That made it terribly difficult to get funding for, because we actually shot before Good Night, and Good Luck – which did very well. But people said, ‘You will never get any foreign sales. You’ll never get this movie financed. People won’t do a movie in black and white anymore because people won’t go see it.

It took many years to get it financed and I think people did see that there was a cult of Bettie Page and that there’s a nostalgia for the style, and the sexiness of the era. One thing about an era of repression is that they are very sexy because so much is forbidden.”

The Strange Mix of Fetish Poses and Religion

While researching Page’s life, Harron would ask those who knew her how she balanced her deep religious beliefs with what she did for a living. “I met with Paula Klaw several times. We interviewed Paula several times. We interviewed her first husband, Billy Neal. We show a little bit of that marriage. Billy had his own take on it. He said, ‘Well, she wanted to be an actress and she just saw that as a way to get on.’ As a way to get ahead, as something she’d do to make a career. He had more insight to her religiousness, but people who knew her in New York thought of her more in some ways as this innocent country girl. I don’t think that they really ever talked to her about God. A number of people said to me that she was like a country girl in New York, that she never lost that kind of slightly naïve quality to her.”

Harron continued. “It’s very interesting. In a way we’ve always been able to, in America, combine sex and religion. I mean, look at Jessica Simpson and her father’s a preacher – a Baptist preacher. …He doesn’t seem to see anything contradictory in her doing what’s basically pin-ups, posing with very, very clothes and making a career out of that. So, in a way, that’s always coincided.
Pin-ups were kind of racy, but it was socially acceptable to be like a Betty Grable or a Marilyn Monroe. The fetish stuff was what was not acceptable, and I think that was hidden. I think that she thought that nobody would see those photographs. I assume that was what she felt because I know from having met Paula Klaw and also talking to Paula Klaw’s son, Ira, that there was that idea of ‘who was it hurting?’ ‘If it’s making them happy, then what’s the harm of it?’ I think that the philosophy of the Klaw studios was ‘what’s the harm’ and I think that Bettie would have probably picked up on that.”

“Somebody said how they always had a lot of food for the models. Irving loved food; there’d be like plates of sandwiches. And then if you look at the photographs themselves, you see that the models are kind of cracking up sometimes. They’re actually starting to laugh on camera. I knew that it was all girls who did the photographs, and it was all kind of the same people week after week. Bettie herself said once, ‘We used to laugh our heads off at these crazy outfits we had to put on.’ That was something she said in an interview, so you kind of got the impression of this kind of slightly pajama party atmosphere.”

Does Harron believe Page knew what happened when men got their hands on the photos?

Harron said, “I think if she wanted to spend 10 seconds thinking about it, she would have known in a way. But I think it was one of those things like, ‘That’s no concern of mine. This is a job and whatever they want to do with the photographs, that’s up to them.’ I think that was the attitude, generally, of everybody that was doing them. ‘Let’s not think about that.’”