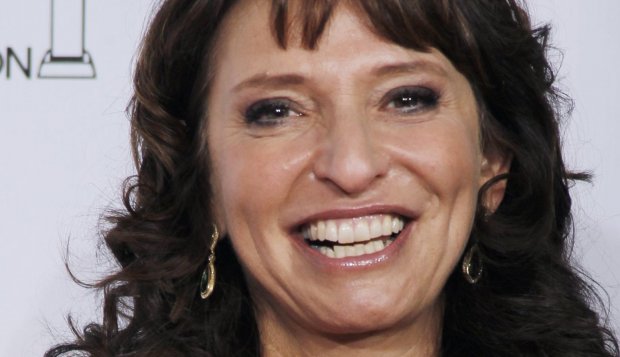 In After the Wedding, Danish director Susanne Bier delves into family secrets and shared responsibilities– themes she’s investigated before in her long-standing partnership with writer Thomas Anders Jensen.

MERIN: This is your third collaboration with Thomas Anders. How would you say your partnership has progressed?

BIER: It’s gotten easier. The advantages of getting to know one another are vast because– well, actually we weren’t that polite in the beginning, but now were certainly not that polite. So that makes things a lot more fun, a lot faster. We dont necessarily create the script faster, but theres a kind of immediateness, and an immediate recognition when somethings working. Were also wary of repeating ourselves. One of the dangers of getting to know one another, of feeling comfortable with one another, is that you might not ask the questions of each other that are required to make progress. But I think we do, at least we talk about that problem and are aware of it. We might not always succeed, but I think we have succeeded because were very much aware of that. We keep challenging each other.

MERIN: What are some of the patterns you may have fallen into?

BIER: I don’t think we have– but one of the dangers of knowing each other well is that we might fall into using certain language that we find very satisfying, but other people might not understand. Thats a dangerous thing. So we try to step out of the comfort of each others company and ask those questions that strangers would ask.

MERIN: With regard to After the Wedding, what kind of questions were you asking?

BIER: I can’t say specific questions. It’s a continuous sort of process, of asking how are other people going to understand this? Are we making a character weve made before? Are we just basically taking a character from another movies and just continuing with him? Or are we really making a new character?

I think we’ve been making new characters, but then theres a– well, I should put this differently. Part of our collaboration is that I am really interested in describing men and so is Thomas Anders. So one of the challenges of the future would be to maybe develop the women more. I mean, they’re strong now and they’re there, but they usually have a less dramatic part than the men. One of the things we keep talking about is should we try and create a woman as our central character. But it might not happen because certain things are in the chemistry of a collaboration. It might be that were really interested in just describing men. But its one of the things were talking about.

MERIN: When you start a new project, do you begin with a character who interests you and develop story and details from there?

BIER: Anders Thomas is extremely great with plot, so he always starts with plot. And I always start with character. And I actually think that our initial point of view being so different is very helpful.

BIER: I’m only interested in characters, and hes only interested in plot. I mean, not exclusively, but basically. And what that does is it gives us a very creative space for discussion. Because sometimes from the point of view of character, the plot isn’t really feasible. But if we do it slightly differently, then it could fit what the character could do. Or the opposite– the plot may require a slightly different person with some other characteristics.

MERIN: Are the men you’re describing based on people you know?

BIER: No, they’re not. But it’s funny, my brother saw ‘After the Wedding,’ and he said afterwards, you know, Jorgen (Rolf Lassgard) is a bit like our daddy. He’s definitely not based on anyone I know, but apparently unconsciously I have brought familiar elements into him.

MERIN: Well, I think it would be impossible not to.

BIER: Yes, I think so, too. But apparently it was closer than what I would have expected.

MERIN: Do you identify with the men?

MERIN: In what way? Are they alter egos?

BIER: No. I don’t think so. Not alter egos. But you know it might be difficult to say why you identify with someone. It’s not because of formal similarities. I think, of the two men in ‘After The Wedding, I would identify with Jorgen because– it’s not his accomplishments, or that hes managed to generate a whole lot of money, a whole lot of power. I think I feel and recognize a certain extreme sense of responsibility and a certain extreme sense of feeling he has that he has to make sure everything is okay. I think I recognize that really strongly.

MERIN: Is that a Danish characteristic, do you think?

BIER: No. I don’t think it’s Danish. I think certain human beings have that quality, others are have a stronger sense of freedom.

MERIN: Do you mean perhaps a sense of social order as opposed to a sense of individualism?

BIER: No. It’s not that, exactly. If you were to talk to some analyst about it they might say that the oldest sibling has more of a sense of responsibility than the younger ones. I think it has more to do with where you were born in the family. I’m sure there are tendencies you could show.

MERIN: Where are you in your family?

BIER: I’m the oldest. I’ve got two younger brothers. They also have a strong sense of responsibility, but if you want to pinpoint tendencies, I’m sure you could.

MERIN: Did you grow up in Copenhagen?

BIER: Just outside of Copenhagen.

MERIN: Scandinavia has such a unique outlook.

MERIN: How has it influenced your moviemaking?

BIER: I don’t think my view of the world, in itself, is particularly Scandinavian. But I’m brought up in a society where everyone is conditioned to have a social conscience. Society is supposed to take care of the weak. And that’s a premise even in the most rightwing political parties– theres less difference on this issue than there is between parties in other nations. And I’d have to say that, yes, this is a condition we have.

I’ve been in America for a while now, and I really love it, but I still find elements that shock me. Like: it was snowing and so they came and took the snow away. But they took it away so that if you want to cross the street by foot, you can hardly climb over it. So for anybody who finds it difficult to walk– anybody elderly, for example– it’s virtually impossible to get around. And I cannot, simply cannot stand it. It’s so basically opposed to the way I’m brought up, what I basically believe in. You know: why do you want to help the big four-wheelers which will get where they’re supposed to get anyway, and not help the people? That’s the kind of thing I find extremely provoking, extremely provoking.

MERIN: Youre now in post-production on you’re first American film, Things We Lost in the Fire. Have you found that project provoking, too, in any way?

BIER: No. I’d say its quite different in some ways from making a film in Denmark– it’s on a bigger scale, more expensive, and there are more people involved in making some of the decisions, which makes it more complicated and, in a way, more challenging. But the people I’m working with are wonderful and Im very much enjoying the challenges and the process.