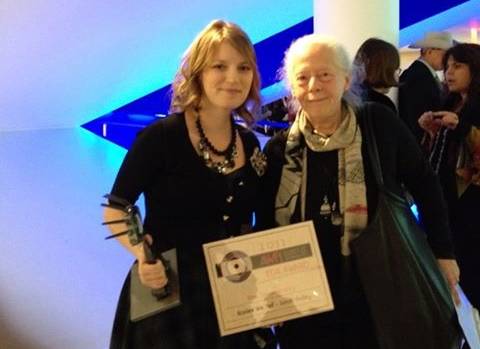 Actress Sarah Polley emerged as a full-fledged first time feature director when Away From Her premiered to rave reviews at Toronto Film Festival in 2006. The film, which Polley adapted from an Alice Munro short story, is about an aging couple whose lifelong love affair is interrupted when she, Fiona (Julie Christie), develops Alzheimers disease and he, Grant (Gordon Pinsent) must grapple with the changes that brings to their lives.

Im a huge admirer of Alice Munros writings. I dont think many of her stories have been adapted as films, and dont think many would be particularly adaptable. But The Bear Came Over The Mountain is very cinematic– the characters are so finely nuanced, and there are so many details that translated well from written page to screen, says Polley. I saw the story as a film the moment I read it, and couldnt stop thinking about making the movie.

MERIN: Were you hooked by the storys cinematic nature or the theme of aging?

POLLEY: Both. I think this is primarily a love story about two people whove been together a long time– so aging is an integral part of the story. But its a portrait of a kind of love that isnt often explored in films– at the end of a long relationship two people find themselves capable of things they didnt know they could do. I find that kind of reconciliation at the end of life compelling. And, I found it particularly interesting to examine that phase of a long relationship when I was just in the process of beginning a new one.

MERIN: Youve been doing publicity for this film for a long time. Have you, in the process, discovered anything about the film that you didnt know was there?

POLLEY: A lot. I think unless you allow yourself to become a broken record, youre constantly analyzing it and reanalyzing what youve done and why. As you hear other peoples perspectives, it does shift your own and reveal things to you.

Id always thought Id made this film because I was beginning a relationship and wanted to explore what it might grow into. Recently, I saw a friend whos mother had died around the same time my mother died. She commented that it was obvious why Id made this film– because what had touched her so deeply was watching her father lose the love of his life. Suddenly it occurred to me that Id experienced the same feelings, and that was probably a huge factor in my wanting so much to make this film. It then came to me that when you engage in any kind of art, any kind of writing, your heart does hide things from you about why youre doing it, and it can take years to unravel that. Thats been a really interesting process for me, actually.

MERIN: I assume that the film opens dialogs between you and other people.

POLLEY: Its amazing how complete strangers come up to me and tell me the most intimate details of their lives, relationships and families. I find that incredibly moving– its very gratifying to know that the film provokes people on that level.

We have a hard, hard time with the idea that things fade, people do leave, and we have to let go. We dont talk about it or think about it as much as we probably should.

Alzheimers disease is not one were comfortable with. Therere all sorts of forms of denial about it. Its peoples worst nightmare– rational responses to it are, I think, probably rare.

MERIN: Howd you prepare yourself to be able to present the realities of Alzheimers and aging so, well, realistically?

POLLEY: Id spent a lot of time in retirement homes because I was in charge of finding one for my grandmother to move in to. Then, I did a lot of additional research about the disease.

MERIN: Youve been acting in movies since you were a child. What most surprised you about being on set as a director?

POLLEY: The overwhelming sense of responsibility, the amount of endurance and stamina it takes– nothing could have prepared me for that.

But Id have to say that I feel incredibly lucky that I, as a first time director, was given enough time and money to make the film I wanted to make. Yes, we had a relatively small budget, but I never felt I had to make creative compromises. That allows me to take responsibility for the film, to own what Ive done. If people dont like it, theres no excuse. I made the film I wanted to make.

MERIN: What did you learn from working as actress with directors like Atom Egoyan, Wim Wenders and Isabel Coixet that influenced your directorial style?

POLLEY: Atoms very concise and careful, never says more than he has to, and he really retains his humanity in the filmmaking process, which is difficult to do. He creates a very safe environment.

When I began working on my film, I was such an organizational freak, making notes, lists about everything, I almost drove myself crazy. I had in mind that when I was more experienced, Id be able to relax that a bit. But I recalled seeing Wims shot lists, how he noted every detail, how diligent he was. It was a good reminder that you can never be lazy– obsessive organization is part of the process.

And Isabel– well, she has so much fun, and brings such joy to the experience and to everyone working with her. I aspire to that.