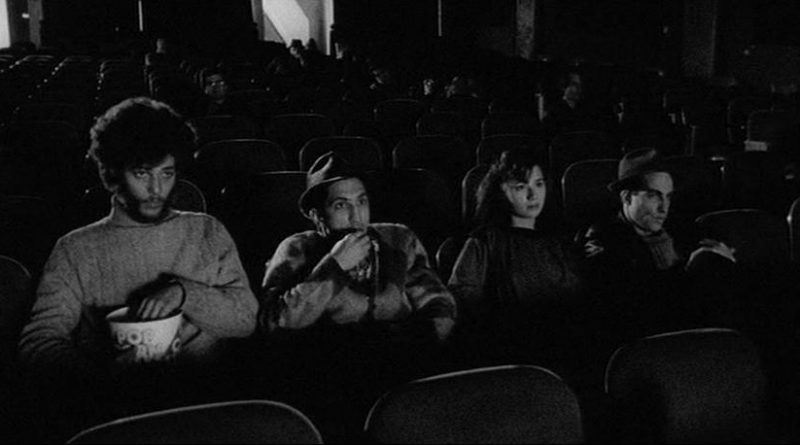 Thumbs Down: Representation of Women Film Critics in the Top 100 U.S. Daily Newspapers

Center for the Study of Women In Television and Film

Contrary to the myriad prognostications of media observers and writers, film criticism is not dead. It is, however, hurtling into a new era in which professional critics share space with amateurs, and credentialed journalists find multiple platforms for their reviews. Through web sites such as Rotten Tomatoes and Metacritic, formerly print-only film critics and writers now supplement their traditional audience with a whole new generation of on-line readers.

A number of these critics have noted the incredibly low numbers of women filmmakers and female protagonists in major studio films. Commenting on the dearth of women directors and lead characters in films released during the summer of 2008, New York Times critic Manohla Dargis opined, “Welcome to the new, post-female American cinema” (“Is There a Real Woman in this Multiplex?”, May 4, 2008, p. 3).

The fact that males dominate the business and art of filmmaking is well documented. According to the latest Celluloid Ceiling report, women comprised a scant 15% of all directors, writers, producers, editors, and cinematographers working on the top 250 films of 2007 (“The Celluloid Ceiling: Behind-the-Scenes Representation of Women on the Top 250 Films of 2007,” Martha M. Lauzen). In addition, female characters comprised only 28% of all characters in the top 100 films of 2002. However, little is known about the sex of those writing reviews and whether this influences the nature of their reviews. This report seeks to fill this void by asking some basic questions about women’s representation in the ranks of those individuals who write about film in the United States.

This study examined film reviews for theatrical releases written in the top 100 U.S. daily newspapers (by circulation) from October 22, 2007 through December 25, 2007. A list of these newspapers can be found in the Appendix.

The sample included reviews written by film critics; other types of critics including those for television, music, and popular culture; staff reporters; and

freelancers. In addition to tracking the overall numbers of reviews written by these individuals for the top 100 newspapers, one randomly selected review by each individual who wrote during the study period was chosen for additional analysis. These reviews were analyzed for length (number of sentences) and nature of the review (number of positive, negative, or mixed/neutral sentences).

During the fall of 2007, 186 individuals wrote 2,365 film reviews for theatrical releases appearing in the top 100 daily newspapers in the United States with a combined circulation of approximately 28,215,000 readers. However, because the majority of these reviews also appear on the Internet, the reach and influence of the writers included in this study are far greater than the circulation numbers indicate. According to the Rotten Tomatoes website, over 7 million readers visit the site each month.

Approximately one-quarter (26%) of the newspapers in the study had no women or men writing film reviews during the study period. It is not known whether the absence of film reviews in these newspapers is the result of recent budget cuts or long-standing policies regarding news content. Numerous media reports have documented the recent cutbacks at newspapers nationwide.

Of the newspapers featuring film reviews in the fall of 2007, 47% had no reviews written by women critics, writers or freelancers. In contrast, only 12% had no reviews written by men critics, writers or freelancers. Overall, 70% of the individuals reviewing theatrical film releases in Fall 2007 were male and 30% were female. In addition, men wrote significantly more film reviews than women. Men wrote an average of 14 film reviews. Women wrote an average of 9 film reviews.

In sum, more men than women write film reviews in the nation’s top circulation newspapers, and men write more reviews than women on average. Women work for newspapers with slightly larger circulations and their reviews are the same length as men’s.

Overall, these findings suggest that film criticism in this country’s newspapers is largely a male enterprise, echoing the heavy male dominance behind the scenes and on screen in the film industry.

Sex of Reviewers and Job Titles

Men outnumbered women in every job title category considered in this study. Seventy seven percent (77%) of film critics were male and 23% were

female. Sixty eight percent (68%) of staff writers were male and 32% were female. Eighty four percent (84%) of other types of critics (e.g., television, Sex of Reviewers and Film Genre

Figure 2. Genre of Films Reviewed by Sex of Reviewer

It is unclear whether women chose to review romantic comedies and dramas or if editors were more likely to assign films with romantic themes to women writers. Informal interviews with a number of the critics included in this study suggest that the ratios are a likely result of reviewer choices and editorial assignments. The individuals interviewed described the assignment of film reviews as a highly collaborative process, involving input from both reviewers and editors.

Sex of Filmmaker and Sex of Reviewer

This study considered whether women were more likely than men to review films featuring a female director. However, the number of films with female directors during the study period was so low that it prohibited statistical analysis. Thus, we combined women directors and women writers to create a women behind-the-scenes variable.

It is not clear whether women chose to write reviews of films with women directors and writers or if editors assigned these films to women writers. Informal interviews with film critics included in this study indicate that reviewer choices and editorial assignments produce the reported percentages.

Sex of Protagonist and Sex of Reviewer

by women than men were for films featuring female protagonists or ensemble casts.

Once again, it is likely that these findings are due to a combination of reviewer preferences and editorial assignments.

Nature of Reviews and Sex of Reviewer

Whereas the numbers of women versus men who write reviews and the number of reviews that they write are decidedly unequal, the nature of the reviews written does not appear to differ by sex of the reviewer.

This study analyzed one randomly selected review by each of the 186 individuals writing reviews during the study period. We counted the number of positive, negative, and neutral/mixed sentences in these reviews. Positive sentences praised some aspect of the film including performances, cinematography, pacing, and storylines. Negative sentences noted poor performances, disjointed plots, and overly pedantic or frenzied pacing. Mixed or neutral sentences included both positive and negative comments or offered plot descriptions.

In summary, women are under-employed as reviewers of film in the nation’s 100 largest circulation newspapers. Not only are women outnumbered as film critics, staff writers, other types of critics, and freelancers, women also review fewer films on average than men. In addition, larger proportions of the films reviewed by women are for films with romantic themes, and those with women filmmakers and women protagonists or ensemble casts. However, the actual reviews written by men and women do not differ significantly in their length or nature. Women and men write equally positive and negative reviews and do not become significantly more positive when writing about films with same-sex protagonists or filmmakers.

Overall, these findings suggest that film criticism in this country’s newspapers is largely a male enterprise, echoing the predominance of men working on screen and behind the scenes in the film industry. In short, men dominate the reviewing process of films primarily made by men featuring mostly males intended for a largely male audience. The under-employment of women film reviewers, actors, and filmmakers perpetuates the nearly seamless dialogue among men in U.S. cinema.

The mission of the Center for the Study of Women in Television and Film is to celebrate the accomplishments of television and film directors, writers, producers, cinematographers, and editors – who happen to be women. The Center’s programs encourage more women to pursue careers as storytellers, and its research agenda documents trends in women’s employment, the impact of their employment on television and film content, and factors influencing the under-representation of women’s voices in television and film.

Dr. Martha M. Lauzen is founder and Executive Director of the Center for the Study of Women in Television and Film at San Diego State University. A nationally and internationally recognized expert on the employment of women on screen and behind the scenes, her research has been widely published in scholarly journals, trade publications, and the popular press. Dr. Lauzen directs research at the Center and teaches classes including The Women of Prime Time: From “That Girl” to “Saving Grace” and Film Directors: When Women Call the Shots in the School of Theatre, Television and Film. She holds a doctorate from the University of Maryland, and M.A. and B.A. degrees from the University of Iowa.