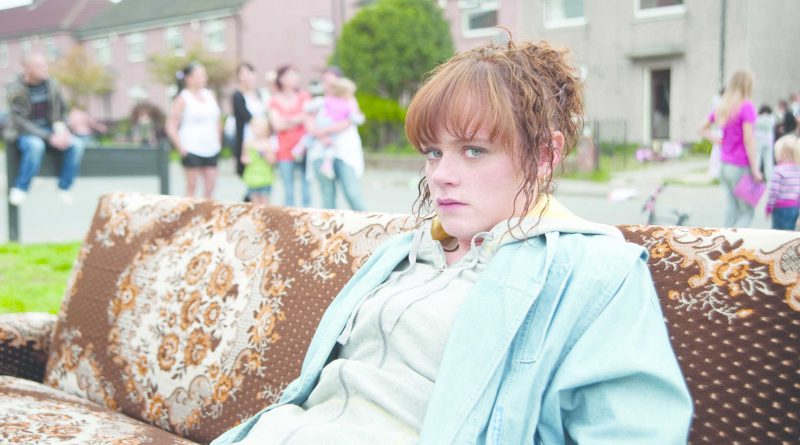 In The Arbor, London-based artist Clio Barnard uses an unusual, fascinating and effective amalgam of documentary and narrative styles to tell the story of Andrea Dunbar (May 22, 1961 – December, 20 1990), the gifted English working class playwright who wrote three autobiographical plays before she died at age 29 of an alcohol-related brain hemorrhage. Dunbar was an alcoholic. She had three children, each fathered by a different man.

Blurring the Lines Between Documentary and Narrative

In her first documentary feature, Barnard experiments with nonfiction form, using actors to lip sync to audio-only recordings of interviews she’d made with Andrea Dunbar’s surviving family and the circle of acquaintances who knew her and shared her difficult circumstances in “The Arbor,” a tough working poor ‘estate’ neighborhood of Bradford in the North of England. The effect of the perfect lip syncing is eerie, especially since the entire film was shot on location in Bradford, at the very places frequented by Dunbar and her circle. Continue reading on CINEMA CITIZEN