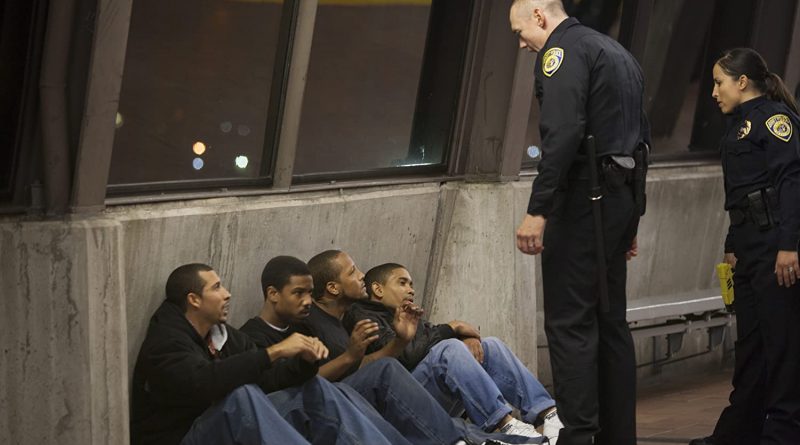 A night of New Year’s Eve revelry in San Francisco ended in death on an Oakland train station for Oscar Grant, his back pierced with a transit cop’s bullet.

Years before they collaborated on Creed and Black Panther, writer/director Ryan Coogler and actor Michael B. Jordan shone a bright light on the police misconduct that ended in Grant’s murder. But while Fruitvale Station meticulously recreates the events leading to Grant’s final moments on January 1, 2009, Coogler’s stunning, assured feature debut is about more than just the injustice that ended a young man’s life.

Coogler backs up to portray the 22-year-old’s last day on earth, using that time frame to take a measure of the man. Jordan delivers a soulful performance as Grant, revealing his complexity as a young person still feeling his way in the world, maybe not always making the best choices, but trying his best.

That bullet that killed Grant did not just blow a hole in his back but in the lives of all of those he left behind. Oscar Grant became a symbol in death of systemic racism, police brutality, officially sanctioned homicide, and a Black community under siege by adversarial police. Fruitvale Station restores the humanity to the symbol while taking the full measure of Grant’s murder and its impact.