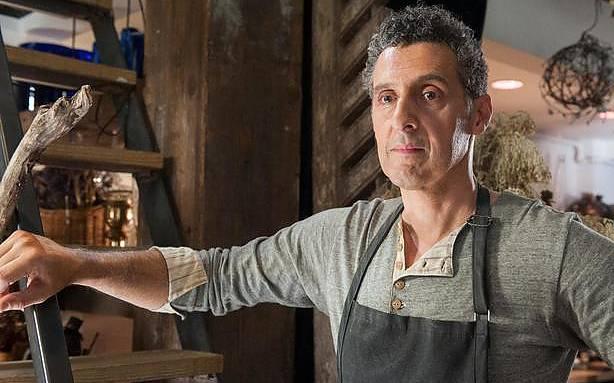 Opening April 18, the AWFJ Movie of the Week is Fading Gigolo, a quirky and tender New York comedic fantasy written and directed by John Turturro, who also stars as Fioravante, an unspectacular florist who is in need of money and so takes a turn at the world’s oldest profession– and is surprisingly, spectacularly successful.

Costar Woody Allen as his pal and pimp, along with Sharon Stone, Liew Schreiber, Jill Scott and Bob Balaban give seductive performances that bring engaging eccentricity, genuine warmth and subtle humor to the film.

This is Turturro’s fifth feature, and it’s a winner. Read on…

Sheila Roberts: Fading Gigolo is clever, funny, charming and at its heart a moving story about the loneliness everyone faces in life and the need for human connection. Woody Allen and John Turturro collaborate brilliantly on-screen. They are a great character/comedy duo. Turturro’s writing and directing are wonderful. He’s done a fantastic job of casting the perfect actors for the roles, getting great performances, and striking the right tone in a film that is nuanced, engaging, tender, intelligent and always heartfelt. Interview with John Turturro.

Cate Marquis: It seems like it has been awhile since we have seen Woody Allen in a movie not his own or a out-and-out comedy like this, so my interest was piqued. Fading Gigolo harkens back to early Woody Allen films, although Allen plays the gigolo’s manager and not the title character himself, but the idea of a guy becoming a gigolo for the senior set who is in that demographic himself holds its own comic appeal.

Anne Brodie: Woody Allen’s appearance as an actor is highly unusual and the rest of the cast—Sharon Stone, Liev Schrieber, the amazing singer Jill Scott, Bob Balaban and Vanessa Paradis among others—is quite stunning. Best of all, Turturro wrote, directs and stars.  I’ll be rubbernecking for all I’m worth.

Nell Minow: Fading Gigolo is worth seeing for a performance of exquisite sensitivity by Vanessa Paradis as a lonely young widow from the ultra-Orthodox Satmar Jewish community. Interview with John Turturro.

Jennifer Merin: Fading Gigolo is a Turturro de force. Funny, tender and engaging, and Turturro and Woody Allen play off each other brilliantly — like performing soul mates.

April 16
– Heaven is for Real
– Visions of Mary Frank (limited)