This month, AWFJ’s Spotlight is focused on Amma Asante, the filmmaker whose femme-centric cinema successes include the lavish period drama, Belle, opening in May, 2014. 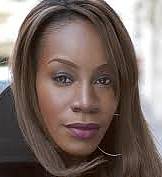 Asante’s second feature actually started with a postcard of a painting that shows two women — one black and one white — dressed in elegant 18th Century garb.

The image, along with the first draft of the script for Belle, was sent to Amma Asante by producer Damian Jones, who’d been so impressed by the filmmakers first feature, the BAFTA-winning A Way of Life, that he wanted her to direct this lavish period drama about a mixed race woman of means living among the English aristocracy during the 18th Century.

Asante was immediately intrigued. She had long dreamed of doing an Austenesque movie with a black female lead. When this opportunity knocked, she oped the door. And in came Belle. Read on… 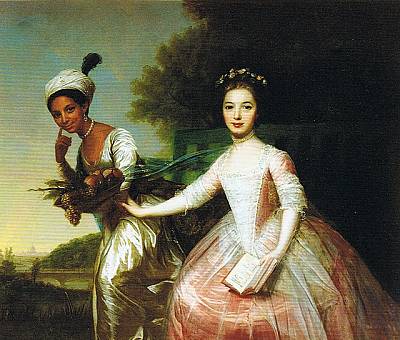 The narrative is the fascinating truth-based story about a mixed race woman of means who, living in 18th century England, must grapple with issues of not only race but also of gender and class. The painting that inspired the script hangs at Scone Palace in Scotland. and the narrative is based on what scant information could be gathered about its beautiful dark skinned subject, Dido Elizabeth Belle.

She was the illegitimate child of a Royal Navy Captain and an unidentified black mother, who was most likely a slave. Belle’s father rescued her from an orphanage and certain servitude, endowed her with a substantial fortune and insisted that she be raised within his aristocratic family circle. From there arise drama, romance and social issues. Belle has them all. 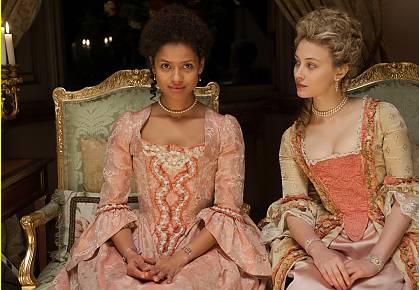 Directing films actually marks the second stage in Asante’s career. Childhood studies of dance and drama in her native London lead to a successful career as a child actress, with appearances on Grange Hill and other popular British TV series.

But according to her own accounts she felt that she was meant to write and started to pen scripts and produce. Her first feature, an intense femme-centric drama about a Welsh teenage mom who kills her neighbor, was showered with awards. Asante’s directoria career took off and is soaring.

It’s not surprising that her next project brings her to Hollywood to direct a big-budget thriller for Warner Brothers. “It’s called Unforgettable. It’s set in the US and tells the story of a divorced first wife who reaches tipping point when her ex-husband remarries,” Assante told AWFJ. “Like my first two films it deals with themes surrounding female identity and status.”

The casting isn’t yet announced. But if it’s as inspired as the selection of the wonderful Gugu Mbatha-Raw to portray Belle, we can’t wait to see it!

Why we chose her:

Because Asante’s ballsy choices, her commitment to femme-centric stories and her ability to infuse a highly entertaining Austenesque-like romance with deeper concerns about race and gender equality deserve recognition and applause. AWFJ is delighted to give them to her.

Belle opens theatrically in limited release on May 2, 2014