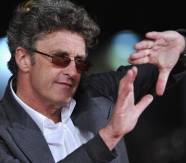 British filmmaker Pawel Pawlikowski discusses his inspiration for making Ida, delving into the appeal of the 1960’s era, the film’s distinct visual style, his decision to shoot in black and white, and the casting of Agata Trzebuchowska and Agata Kulesza as the two strong female leads — and his return to Poland. Read more>>.