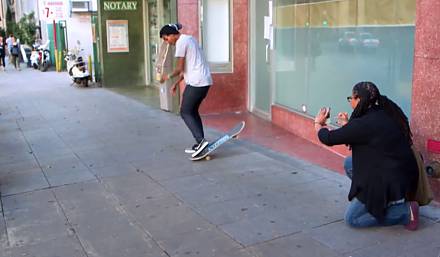 In May, The Academy of Motion Picture Arts and Sciences (AMPAS) began the video series “Academy Originals” focusing on the behind-the-scenes artists and the various creative processes that get a film from page to screen.

Since the series launch, AMPAS has released 16 episodes that have covered everything from how Jurassic Park changed the VFX world to an episode about everyday people toiling away at screenplays in their local coffee shops

The “Academy Originals” videos highlight women filmmakers — including Ava DuVernay and Aileen Brosh McKenna — and other women working in film to show how their considerable contributions inspire young girls to become filmmakers. Read on…