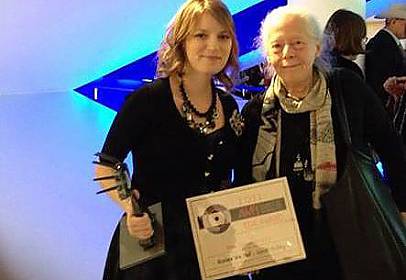 The Alliance of Women Film Journalists (AWFJ) is pleased to announce the schedule for the 2014 AWFJ EDA Awards, our eighth annual year end awards presentation.

As in previous years, the EDA Awards will recognize and honor outstanding achievement for Best Film, Best Director, Best Actress and the other ‘Best’ categories presented by other awards groups. Additionally, we will also continue our tradition of signature categories, such as ‘Actress Most in Need of a New Agent,’ ‘Best Nudity,”Hall of Shame’ and other distinctive AWFJ EDA Awards classifications.

Our voters are Alliance of Women Film Journalists membership, a consortium of 91 of the top female film critics, reporters and commentators working in print, broadcast and online in the United States, Canada and United Kingdom.

For an overview of the AWFJ EDA Awards and the lists of past winners, click here.