This month, AWFJ’s SPOTLIGHT is focused on Sheila Johnson, billionaire entrepreneur, co-founder of BET, philanthropist and the force behind the four-day Middleburg Film Festival in Virginia – which celebrates its second year this month with a slate of 20 films, including titles that are already garnering Oscars buzz.

The Sundance Kid himself, Robert Redford, told Sheila Johnson that if she built it, they would come. And they did come – more than 2,000 attendees, in fact. 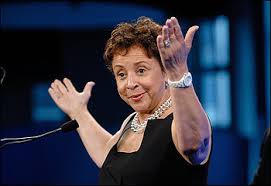 However, he wasn’t talking about a field of dreams, but an autumn film festival in the heart of Virginia’s scenic horse and wine country. The main venue for the event is Johnson’s upscale Salamander Resort and Spa in Middleburg, Va., which sits on 340-acre parcel of land that is slightly more than an hour’s drive from Washington, D.C.

Says Johnson, 65, who learned a thing or two about starting a risky venture after she and former husband Robert founded Black Entertainment Television in 1979, ”I always loved movies and have always been an arts person. I sit on the board of the Sundance Institute, which puts on the festival. I have been involved in films myself” – specifically, as an executive producer of four documentaries as well as Lee Daniels’ The Butler. 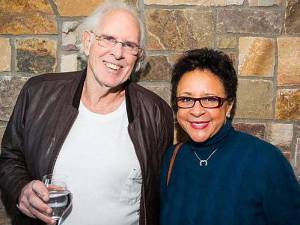 She initially had some pushback from the established well-off community before the festival’s launch, which coincided with the opening of the Salamander last year. But while Johnson’s intention was to bring big films to Middleburg, a one stop-light town that doesn’t even have a nearby movie theater, she wanted to keep the event itself small and intimate. She duly impressed the community of 700, showing such Oscar-touted films as Nebraska (star Bruce Dern was in attendance), August: Osage County and, yes, The Butler (with director Daniels putting in an appearance). 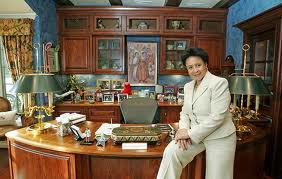 “What is different about this festival is that people come with friends,” she says. “They can walk here.” What Johnson is most proud of accomplishing, however, is “opening minds to the art of storytelling.” She got to witness that reaction firsthand last year with The Butler. “People were crying at the end. They had immersed themselves in the film.”

The festival centerpiece this year is The Imitation Game, a biopic about World War II code breaker Alan Turing with Benedict Cumberbatch in the lead. Other possible awards-season contenders include Mike Leigh’s Mr. Turner, about renowned British landscape painter J.M.W. Turner starring Timothy Spall, and The Homesman, a Western with Hilary Swank and directed by Tommy Lee Jones. There are also documentaries, such as Seymour: An Introduction, directed Ethan Hawke, and foreign imports (a favorite of Johnson’s) such as Force Majeure, Sweden’s foreign-language Oscar entry.

Success has brought another problem, Johnson says. A welcome one that suggests the festival will likely continue to be an annual occurrence. Namely, “We are oversold this year. We can’t fit anymore. They are threatening to rush the theater.” 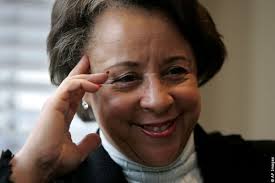 Johnson, who is the second richest African-American woman in the United States (after Oprah Winfrey), really puts her money — and time — where her heart is, in the arts and culture, and especially in film. Besides backing the Middleburg Film Festival and her own contributions to moviemaking, she is a member of the board of VH-1’s Save the Music Foundation. as well as that of Americans for the Arts. And she has served as a member of the President’s Committee on the Arts and the Humanities.

Fun fact: An accomplished violinist, Johnson earned a bachelor’s degree in music performance and education at the University of Illinois and learned how to run a company by starting her own business as a music teacher. It is fitting then that this year’s Middleburg film fest opens with a musical comedy, The Last 5 Years, starring Anna Kendrick.

SPOTLIGHT is a monthly AWFJ feature, contributed by Susan Wloszczyna