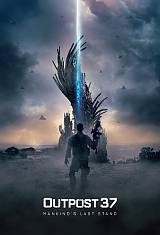 The notion that we are not alone in the world is one I thrive on, as a total nerd. Now if I were actually faced with E.T (and not Spielberg‘s cute, wrinkly guy) I would most likely run screaming in the opposite direction no matter how much I know X-Files has prepared me for a close encounter. In the new IFC Midnight action/sci-fi ALIEN OUTPOST only the brave survive, if they’re lucky. The pace of the film is slow and steady, and it’s consistently eerie in that you’re constantly aware that something is not quite right. I had no idea what was coming next, which is rare these days. Read more>>