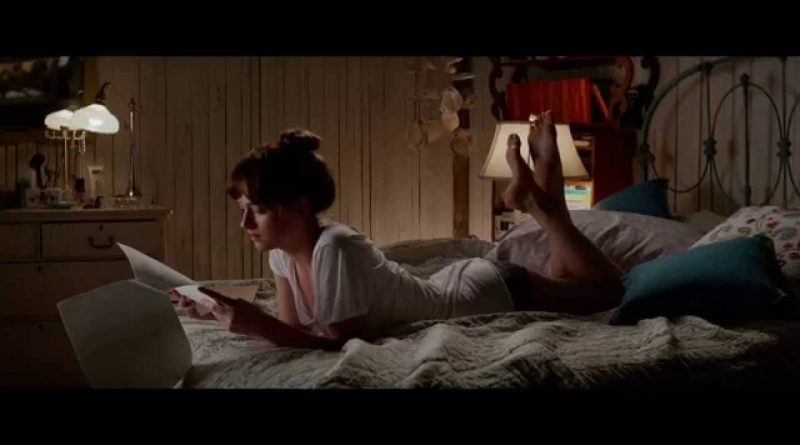 They ‘met cute,’ when Anastasia’s journalist roommate (Eloise Mumford) gets sick and she’s dispatched to interview him for the college paper. An English Lit major, she’s clumsy and flustered; he’s icily formal and arrogant. But they connect, even though he asks her to sign a nondisclosure agreement over their first glass of white wine.

Flirtatiously batting her big blue eyes and curious about what being a sex slave means, lithe Anastasia willingly enters Christian’s locked “playroom,” where she learns about Dominance and Submission, Bondage and Discipline, Sadism and Masochism – in a sanitized way.

Less shocking than “Last Tango in Paris” (1972), it combines “9½ Weeks” with the luxurious enticements of “Pretty Woman” – and doesn’t get torrid for the first 40 minutes. Even then, when Anastasia’s spanked, blindfolded, and smacked with a riding crop, the soft-core sex scenes are choreographed into stylized sterility, as atmosphere triumphs over action.

Adroitly adapted by Kelly Marcel (“Saving Mr. Banks”) and directed by Sam Taylor-Johnson “Nowhere Boy), it’s been criticized by domestic violence organizations and banned in Malaysia for “scenes that are not of natural sexual content.”

Exuding natural playfulness, Dakota Johnson is the daughter of Melanie Griffith and Don Johnson; previously she was Justin Timberlake’s one-night stand in “The Social Network.” Former British model Jamie Dornan – a.k.a. “The Golden Torso”- plays a serial killer on the BBC-TV series “The Fall.”

On the Granger Movie Gauge of 1 to 10, “Fifty Shades of Grey” is a fetishistic 5 – with two future installments on the way.