There are not many women who can claim an Oscar win for their film, but Susanne Bier, this month’s SPOTLIGHT, is one among the very few. 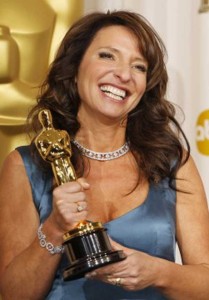 Susanne Bier won both the Golden Globe and the Oscar for Best Foreign Film in 2011 for In A Better World. ‘
That two tier triumph boosted her recognition on the global moviemaking map and put her on Hollywood’s A-List for good.

In Denmark, her home country, she had already become a filmmaking luminary long before that, an acclaimed member of the famous Danish Dogme group.

And of course there’s the little fact that her 2006 film After The Wedding also had been nominated for an Oscar. Read on…

THE HOLLYWOOD CHALLENGE
But even for a talented director like Bier transitioning into Hollywood can be a challenge. 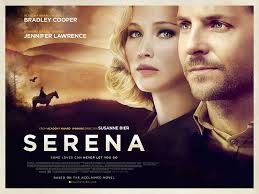 Two years ago she wrapped her movie Serena that stars Bradley Cooper and Jennifer Lawrence and it is her first “American feature.” You would think with a cast like that (Cooper and Lawrence shot Serena between the David O Russel films Silver Linings Playbook and American Hustle) it would gallop into the theaters in no time. Instead it was shelved for almost a year and upon it’s resurfacing at the BFI London Film Festival last October the movie received bad reviews.

Serena, described as “Cold Mountain-ish,” is a Depression-era melodrama and apparently despite all the talent attached doesn’t, according to critics who’ve seen it, work very well. It finally found US distribution and opened theatrically on March 27, when it also became available on VOD. 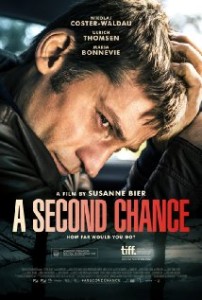 Not that bad reviews and distribution hell stops Susanne Bier.

While dealing with all that, she has finished another movie. It’s called A Second Chance and stars Nicolaj Coster-Waldau of Game of Thrones fame as its lead. The movie was shown at the Toronto International Film Festival in September 2014 and at Miami International Film Festival in March 2015. Critics were divided again – this time into gender partisanship. Women liked it, men not so much it seemed.

Despite its optimistic sounding title the story is about a couple losing a child. Let’s just say, it goes to very dark places, the way the Danes like it. A Second Chance has no release date yet in the US (let’s keep our fingers crossed that it will be available faster than Serena).

Susanne Bier makes films that make audiences feel uncomfortable, and they may not be everyone’s cup of tea. But she says she like it that way. Why so? She explains that in our recent interview and and expresses her thoughts about her choice of stories and her moviemaking process. 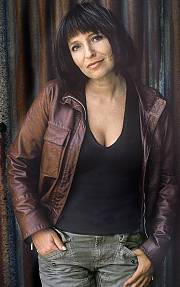 What attracted you to the story in A Second Choice, and particularly to the script written by Anders Thomas Jensen (writer of In A Better World, Brothers, Love Is All you Need)?

Susanne Bier: It’s not like there was a finished story. We start somewhere and Mr. Jensen had this image of somebody taking a baby from a couple of drug addicts and he told me about it. We were actually working on a different story and he told me about it and I thought it was really interesting because I’ve been kind of obsessed about people who steal babies. That’s how we kind of started and then worked around it.

Why is it that Danish filmmakers are so focusing on strong moral choices that a whole lifetime. Is this a cultural thing?

Susanne Bier: I want to say that I think it’s possibly more a Zeitgeist thing. Because if you look at certain American television shows they definitely address moral issues and they definitely test our moral values. I think we’ve been fortunate in Scandinavia that we’ve been allowed to do films which have been somewhat controversial. And actually because of the way we fund films the expression of Zeitgeist is kind of clear.

The film is very dark. Does this effect your life afterwards?

Susanne Bier: I think it’s kind of little bit of a myth… the whole thing about you do a difficult scene and then you come home and it stays with you because there is a certain cathartic element in as you do the scene and do it all the way when you’re there and then kind of when you’re done there’s a great relief. Actually what you want to do is you want to go and have a beer! 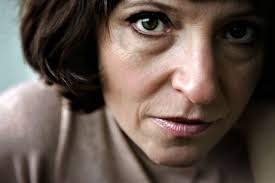 You never take your work home?

Susanne Bier: Occasionally you do. I occasionally do a scene and I come back and it’s not the way it’s supposed to be. Then I actually redo it. Because you have to feel, I mean the only thing you have is your own conscious of actually having done your utmost and so every little bit needs to be the part of the best, most precise, most accurate, most intense version of that moment. If you feel you cheated or if you feel for some reason you haven’t gotten that that’s incredibly frustrating and that’s why you kind of toss and turn and can’t sleep at night. But if you do it, it’s fine.

In your films you always seem to be interested much more in the relationship and dynamic between your male characters. Is that a fair assumption?

Susanne Bier: First it is, it’s a collaboration with Anders Thomas Jensen and he’s a man, so I think there’s that element to it. But I want to say that I’ve always had like since I was a child, I’ve always had friendship with men. I’ve always or with boys. I always had that thing and I still have that in my life. This is for a session with my psychologist. (laughs) I always in a way had it in a way, often a more easy understanding with men than with women but not exclusively, but quite often it is like that. 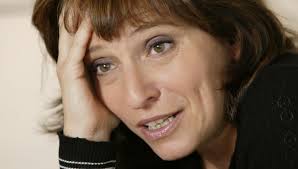 How different is it to approach a character and build a story when you are in a foreign land but in a different film industry like America?

Susanne Bier: I don’t think the language really makes a difference. For me it doesn’t. I mean there’s a cultural difference obviously. I think it’s more the way the films are financed, the way the structure is…. which is like the biggest difference.

Do you feel that A Second Chance is harder to watch for women than men?

Susanne Bier: I think for a man it’s also hard to watch this movie. But I don’t have children but I felt the baby scenes were crazy and difficult… I don’t necessarily think it’s more difficult for women. I actually happen to think that women are quite often tougher than men. No, I wouldn’t say so.

And how much do you enjoy making your audience uncomfortable? 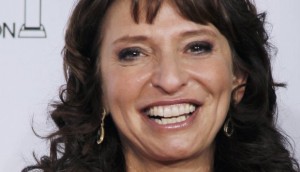 Susanne Bier: I like provoking the audience, yes! But this isn’t about making anybody uncomfortable. This is about actually allowing audience to have a really strong and possibly provoking experience. Instead of spending two hours with something which is of no consequence, you might spend two hours with something which is of consequence and which might make you think afterwards while still being thrilling and entertaining. Which I think is pretty, a very important thing to try out.

You have never Worked with Nicolaj Coster-Waldau before. The Danish film community is rather small and was he like the last great Danish actor that you had to take off your list to work with?

Susanne Bier: Yeah, I went through the whole list. (laughs) No, I’ve been wanting to work with Nikolaj for quite a while. But also it had to be right thing. When you have a script you have certain things on the paper but then an actor brings in something else and to me it’s always been interesting to have something, to ask an actor who brings in something which isn’t that expected from the lines. And I think in a way Nikolaj, apart from his great talent he also brought in a certain incredibly intriguing mix of complete sincerity and something very enigmatic. I thought that was hugely interesting for this part.

Do you watch Game of Thrones?

Susanne Bier: All of it. I love it! I’m just angry that Nicolaj doesn’t want to tell me what’s going to happen. I’ve been trying now for months. (laughs)

WHY WE CHOSE HER: Susanne Bier is unstoppable. Her work as a director exemplifies determination, persistence and a willingness to meet any challenge head on. She is ready to challenge audiences, too, demanding that they go along with her to explore difficult stories that provoke thought about human nature and hard circumstances. She never sells a story short, nor does she evade issues, and she always represents women realistically and with fully developed characterization in her films. She’s dared to bring her talents and sensibilities to Hollywood, adding her unique perspective to Tinseltown’s take on women in films. For these reasons, AWFJ focuses our SPOTLIGHT on Susanne Bier and her excellent achievements.