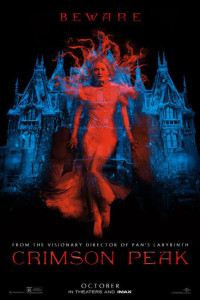 With Guillermo del Toro‘s fascination for Gothic horror, Crimson Peak should be right up his aesthetic alley, along with his other iconic films Pan’s Labyrinth and The Devil’s Backbone. While del Toro has also delved into the sci-fi and comic book world with the Hellboy films (soon to be a trilogy) and Blade II, his eye for fantasy and horror is really his forte. Judging from the recently released trailer, Crimson Peak promises to be a great addition to del Toro’s filmography. Read more and watch the trailer>>