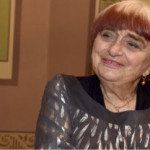 French New Wave Director Agnès Varda is the first female filmmaker to receive the Cannes Film Festival’s coveted Palme d’Or in the festival’s 68 year history. Varda, who turns 87 on May 30, has made a vital and lasting personal stamp on the international world of cinema and its aesthetics, and has guided many burgeoning filmmakers to self expression and successful careers. Varda’s cinema theories and practice are challenging in the best ways. Her concept of ‘cinecriture’ distinguishes the art of writing for film from from other forms of literature, and she defines filmmaking as the art of making decisions that embrace the unquantifiable factors of faith and chance. Read more>>