It’s never a bad time to take a moment or two to appreciate Geena Davis.

Afterall, Geena Davis is Thelma! She’s the player who taught a generation of impressionable young minds that there’s no crying in baseball! 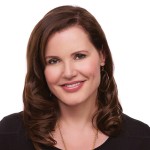 And, it was she who also suggested that learning how to throw your voice is a greatly entertaining way to fool your friends and have great fun at parties.

But focusing AWFJ’s Spotlight on Davis at this time is a particularly fitting tribute to the Oscar-winning actress, coming as it does on the heels of the first annual Bentonville Film Festival. What does that have to do with Davis? Read on…

From her film debut in Sydney Pollack’s Tootsie to her starring role in the short-lived but critically acclaimed ABC drama Commander in Chief — for which she won a Golden Globe and was nominated for an Emmy — Geena Davis has certainly packed in a bevy of very memorable portrayals of strong women’s roles in beloved movies. 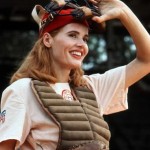 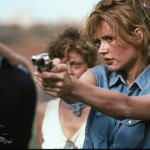 It’s safe to say that your choice of a favorite Geena Davis movie is says a lot about you. I’m a genre geek, so Beetlejuice is my poison of choice. For others, it’s Thelma & Louise, The Fly, or A League of Their Own. I even have a friend or two who stand up passionately in support of 1995’s critically panned pirate adventure Cutthroat Island, one of her two collaborations with then-husband Renny Harlin. (You can say what you want, but pre-teen me loved the hell out of any movie with a female pirate.)

After Commander in Chief’s untimely cancellation in 2006, Davis acted more sporadically, popping up in Lake Bell’s In a World… and lending her talents to various TV shows, including a 12-episode run on Grey’s Anatomy. But she hasn’t exactly been cooling her heels and living off royalties… 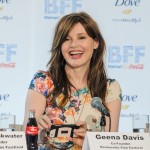 Currently, much of Davis’ time is devoted to promoting diversity in the entertainment industry — not surprisingly, a beloved cause of many of us at AWFJ.

In 2007, she founded the Geena Davis Institute on Gender in Media, a research-based organization that studies how females are represented in entertainment, both behind and in front of the camera. 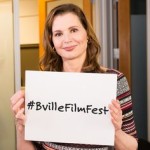 Davis has become an outspoken advocate against Hollywood’s insidious sexism problems. Last year, she wrote a guest column for The Hollywood Reporter in which she recalls her growing awareness of the lack of representation for females, particularly in family entertainment, where there is only one speaking female character for every three males.

“We are in effect enculturating kids from the very beginning to see women and girls as not taking up half of the space. Couldn’t it be that the percentage of women in leadership positions in many areas of society — Congress, law partners, Fortune 500 board members, military officers, tenured professors and many more — stall out at around 17 percent because that’s the ratio we’ve come to see as the norm?,” she wrote.

In an interview earlier this year for Film Journal International, Davis told me: “This is a creative industry, and you have to have your artistic license, when it comes to creating characters. But what I always say when I’m visiting studios is, ‘Maybe, for certain characters, it’s going to turn out even more creative to have them be someone besides a white male, because now, whoever it is, they’re very un-stereotyped. They’re easy fixes in many cases.” Raising awareness about the lack of equal opportunity and representation in Hollywood, though, wasn’t enough for Davis. Last month saw the arrival onto the scene of the first annual Bentonville Film Festival, an event co-founded by Davis and ARC Entertainment CEO Trevor Drinkwater with the express purpose of supporting and promoting films with a diverse cast and/or crew.

“We don’t want to just say, ‘Wouldn’t it be nice if more films had women directors and had better diversity?,’ she explains. “We want to actually impact [diversity] rather than merely point it out or celebrate when someone gets it right. We want to try and make it happen much more often.” 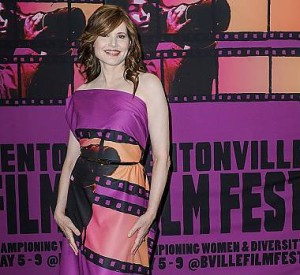 Davis and Drinkwater’s industry connections — and persuasive arguments — yielded a slew of high-profile sponsors, including Coca-Cola, Kraft, Wal-Mart, and AMC Theatres (which kicked in a rather lucrative prize—guaranteed theatrical distribution deal to the winners in the Audience, Jury Selection, and Best Family Film categories).

The Bentonville Film Festival was no little po-dunk festival (its host town’s lack of a movie theater aside). Among the winners were Janet Grillo’s Jack of the Red Hearts (Jury Award), Elizabeth Van Meter’s Thao’s Library (Audience Award), and Ricki Stern and Anne Sundberg’s In My Father’s House (Best Documentary).

Davis may be recovering from the pressures and stresses of co-running a festival, but she’s not slowing down in her pursuit of equal opportunity for women in film. The Geena Davis Institute on Gender In Media continues to pave the way for anyone who wants a less male-dominated Hollywood. This won’t be the last you’ll hear mention of the Bentonville brand, either; according to Drinkwater, “After our festival, we will travel around the country and hold panel discussions and symposium tours at colleges and universities around the country and really discuss the topics throughout the year.”

Why We Chose her: We applaud Geena Davis for raising awareness about how women are portrayed in film and the impact that seeing negative, objectified female characters in movies has on young women. We commend her for the work she’s doing through the Geena Davis Institute on Gender in Media and congratulate her for the success of the first annual Bentonville Film Festival.

Have a suggestion for who you think would make a good Spotlight? Email Rebecca Pahle at Rebecca.Pahle [at] gmail [dot] com.