For Cynthia López, a love of film has always gone hand-in-hand with a love of public service and an acknowledgement of the power of media to shape the world for the better. As the Commissioner of the Mayor’s Office of Media and Entertainment in New York City, she has that chance—but she also has the boat-load of pressures that come with it. Not long after celebrating her one-year anniversary of being appointed Commissioner under Mayor Bill de Blasio, López speaks about her background, her accomplishments and what she hopes to achieve in year two. Read on… 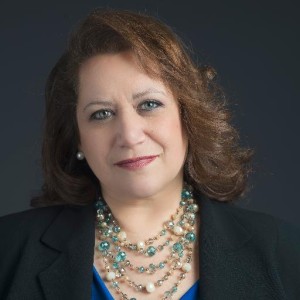 Once López made the decision to focus on media, things moved swiftly. She became the executive producer of Hunter College’s Satellite TV Network and acting executive director for the Deep Dish Satellite Network. She also served for a time as an advocacy director for Libraries for the Future, working to raise money for poor libraries. That might stick out a bit on a résumé filled with film work, but for López it all ties into passion for public information, which should be accessible to all regardless of their background or how much they have in their bank account. That passion led to her PBS, where she was the executive Vice President and co-Executive Producer of their award-winning documentary series “POV” from 2000 up until her appointment by Mayor de Blasio in 2014.

Year One on the Job 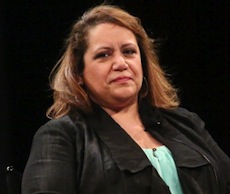 Given that most of López’s previous experience came from the indie world, as opposed to constant schmoozing with Hollywood bigwigs, being the Media and Entertainment Commissioner—essentially, the person in charge of getting film and TV projects to come to New York City, among other things—was a daunting task. But her first year on the job was quite a successful one. The number of films shooting in New York City in 2014-15 went up compared to a year previous, from 192 to 242 (two of them massive $200 million productions). Ditto episodic series, which have seen a jump from 29 in 2013-14 to 46 in 2014-15.

In addition to bringing more productions (and, needless to say, more jobs and more money—the average annual spend of productions in NYC is $7.1 billion) to New York City, López has two major points of pride from her first year: Increased work with community investment programs, as in grants to Queens’ Socrates Park for an outdoor film series; and an expansion of NYC’s Production Assistant Training Program, a partnership between the Mayor’s Office of Media and Entertainment and Brooklyn Workforce Innovations.

“When I came on, the program was working really well,” she explains. But there were more opportunities to be had, specifically creative opportunities that could be given to those in the program. Together with NYC Service, López and her office established a partnership with Marvel/Disney that resulted in three NYC PAs writing scripts for PSAs that were then produced for New York taxi TV—with Avengers: Age of Ultron actors Mark Ruffalo, Chris Evans, and Chris Hemsworth as the on-air talent. “Just imagine!,” López exclaims. “I wish I had that kind of chance when I was growing up. […] It takes a bit of orchestrating to pull these kinds of things off, but this agency has the expertise to put it together.” 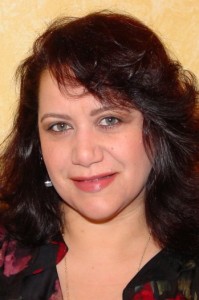 One of the neatest things about the PA Training Program is that 94 percent of those who graduate from it are people of color—which dovetails nicely with López’s long-held desire to increase diversity in the entertainment industry. As Commissioner, she’s particularly well-placed to create a sort of diversity “brain trust,” bringing together different groups to foster discussion and troubleshooting. Specifically, López’s office has worked with the Black Filmmaker Foundation, NALIP (National Association of Latino Independent Producers, of which López is a founder), and CAPE (Coalition of Asian Pacifics in Entertainment).

“These three organizations have spent many, many years working on this issue. And so we say, OK, how do we bring these organizations together to actually think about the best practices? What has worked to help diversify certain productions, and what hasn’t worked, so that we avoid those practices.”

One of the things that is most effective, López believes, is working from the top down by having more showrunners and senior producers from diverse backgrounds. She cites as an example Starz’s series “Power,” which has as its showrunner former “The Good Wife” writer/producer Courtney Kemp Agboh. “She has worked many years looking at character development and writing, and now, when she was offered the opportunity to develop her own series—if you look at who she’s hired behind the scenes as well as her talent in front of the camera, we see a very, very diverse group. So I’m hopeful that we, moving forward in New York City, will be able to have more examples of that.” 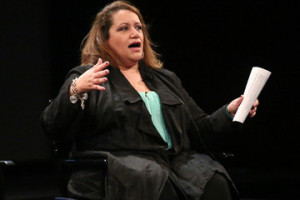 Moving forward, López also hopes to see an increase in media-oriented educational programs, which she highlights as something to look forward to over the next few years: “We need to ensure that we support public education around film and media. And that doesn’t just mean when you start college. We have something called Blueprint, and we have a partnership that we’ve developed with the Department of Education. And so in a year or two we will be looking at the ways in which we can support more public education arts programming, if you will, and our curriculum in the public schools. We need to build our infrastructure of young people, the future writers, producers, and directors who will be part of this industry.”

Running NYC’s Office of Media and Entertainment isn’t an easy job, but Cynthia López does it with complete dedication, and she does it very well. She tirelessly works to improve conditions and enhance opportunities for New York City’s film community, both in terms of expanding it and enriching it with increased diversity. We at AWFJ congratulate López on her accomplishments during year one, and we are excited to see what the rest of her tenure will bring.

Have a suggestion for who you think would make a good Spotlight? Email Rebecca Pahle at Rebecca.Pahle [at] gmail [dot] com.