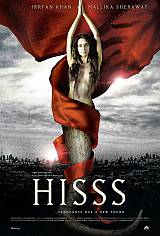 THE REMOVED OBSERVER GETS THE LAST WORD is the seventh chapter in an eight part exploration of the failure of the American-East Indian co-production of >Hisss (2010), filmmaker Jennifer Lynch’s greatly anticipated third feature film. Despite Lynch’s previous cinematic successes, Hisss, a tale about the Indian snake goddess Nagin, turned into an artistic and box office disaster that derailed its talented director. The making of Hisss and the aftermath for Lynch are the subject of Despite the Gods, an intimate documentary by Penny Vozniak, whose feminist perspective offers rare insight about the troubled production and its outcome. Read more>>