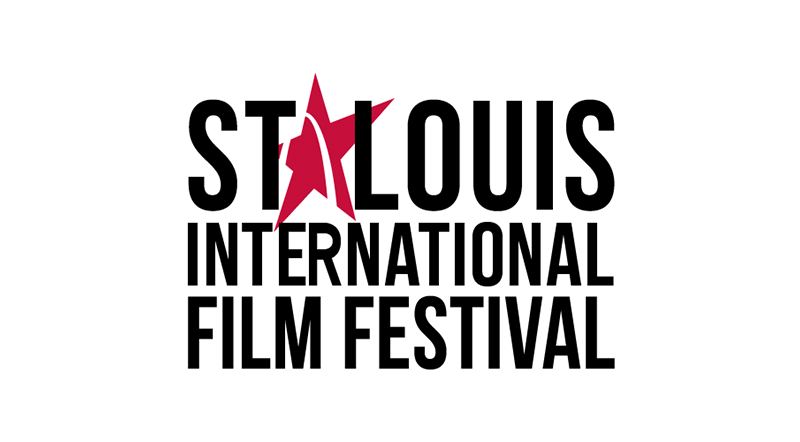 A rare woman in the man’s world of seafaring, 30-year-old Alice signs on as a replacement engineer on the freighter Fidélio. Although she loves her job and does it well, Alice remains a woman even when wearing greasy blue overalls, and there’s some doubt that the all-male crew will remain totally insensitive to her charms. The situation has further complications: Alice has a fiancé back on shore, but when she discovers that the Fidélio is captained by Gaël, her first love, the embers of their relationship reignite with a white-hot intensity. Time Out London writes: “Lucie Borleteau’s remarkably assured first feature intrigues with its doc-style observation of the daily routines, sudden stresses and eccentric rituals of life on an ocean-going workhorse. Yet it never loses sight of the aching, sensual undertow prompting its protagonist’s sometimes impulsive behaviour.”

MARGARITA, WITH A STRAW – Shonali Bose (India)
Refusing to let cerebral palsy control her life, the wheelchair-bound but fiercely independent Laila (Kalki Koechelin) embarks on an exhilarating journey of exploration and sexual discovery. After the musician she is crushing on rejects her, Laila jumps at the chance of leaving Delhi University behind for a scholarship to New York University. Always looking for new experiences, she meets fiery young activist Khanum, a blind girl of Pakistani and Bangladeshi descent, at a student demonstration. Khanum not only challenges Laila’s beliefs and sparks her creativity, there’s also an undeniable chemistry between the two women, and their fast friendship soon evolves into sexual relationship. Variety observes: “‘Margarita, with a Straw’ is one of the least hand-wringing movies ever made about a character with significant disabilities. Born with cerebral palsy, our heroine here certainly has her physical limitations and related psychological setbacks, but it’s her adventurous spirit (abetted by supportive family and friends) that sets the tone in Shonali Bose’s winning sophomore feature.”

SILVER SKIES – Rosemary Rodriguez (U.S.)
With humor and compassion, “Silver Skies” chronicles the unexpected developments that occur when a group of eccentric seniors have their lives turned upside down by the sale of their beloved apartment complex. A refreshingly original story about getting older and trying to hold tight to the American Dream, the film features a cast of much-loved screen icons: George Hamilton, Valerie Perrine, Barbara Bain, Jack McGee, Alex Rocco, Mariette Hartley, Jack Betts, and Howard Hesseman. Far from playing their usual roles, however, the actors fully inhabit characters of real complexity: Long-time pals Phil and Nick (Hamilton and McGee) tenderly face Phil’s descent into Alzheimer’s (including episodes in which Phil delusionally believes he’s Dean Martin); Ethel (a still-sexy Perrine) and Frank (Rocco) find that friendship trumps love; Harriet (Hartley) discovers that life is good when you let down your guard; and Eve (Bain) feistily demonstrates that age is no impediment when it comes to defending what’s right. Now in their twilight years, facing the unknown, these old-timer underdogs won’t yield without a fight. Having established a stellar career helming such TV shows as “The Good Wife” and “Empire,” director Rosemary Rodriguez returns to SLIFF with her second film more than a decade after winning the 2001 New Filmmakers Forum for “Acts of Worship.”

SWORN VIRGIN – Laura Bispuri (Italy/Switzerland/Germany/Albania)
In the harsh mountains of Albania, Hana (Alba Rohrwacher) is required by tribal tradition to become a wife and a servant, but she escapes her fate by invoking the ancient law of the Kanun, which gives a woman the chance to embrace a rifle and live free as a man if she takes an oath of eternal virginity. Moving from she to he, Hana becomes Mark, a “sworn virgin.” As time passes, however, Mark begins to regret his choice and sets out on a journey of discovery, exchanging Albania for Italy, past for present, masculine for feminine. Slowly, Mark finds Hana again, joining together the two souls that for years have lived apart within his/her body. Indiewire writes: “In her impressive debut feature, writer/director Laura Bispuri uses this unusual, specific tradition to investigate much broader issues of gender identity, self-image and cultural indoctrination, while also delivering a touching personal portrait of tentative liberation…. Uplifting in a tiny, understated and very authentic way, ‘Sworn Virgin’ shows us gently how it’s possible to be living in exile in the world you know best, and how it’s possible to come home to a place you’ve never been before.”

THE WONDERS – Alice Rohrwacher (Italy/Switzerland/Germany)
Winner of the Grand Prix at the 2014 Cannes Film Festival and a standout at the New York Film Festival, young Italian filmmaker Alice Rohrwacher’s entrancing, richly textured drama centers on a family of beekeepers living in stark isolation in the Tuscan countryside. The dynamic of their overcrowded household is disrupted by the simultaneous arrivals of a silently troubled teenage boy taken in as a
farmhand and of a reality TV show (featuring a host played by Monica Bellucci) intent on showcasing the family. Both intrusions are of particular interest to the eldest daughter, Gelsomina (Maria Alexandra Lungu), who is struggling to find her footing in the world, and Rohrwacher conveys her adolescent sense of wonder and confusion with graceful naturalism. Time Out London raves: “Here’s a lyrical and warm portrait of an unusual family living a scrappy, hand-to-mouth existence in the Italian countryside. It’s the second film from Alice Rohrwacher (‘Corpo Celeste’), a personal, intimate riffing on her own childhood, celebrating the wonderful strangeness of families — equally capable of love and destructiveness, happiness and despair, often all at the same time.”

FINDING BOSNIA – Adrian Hopffgarten & Ivana Horvat (U.S./Bosnia/France)
“Finding Bosnia” presents the intimate and personal journey of a Bosnian war refugee raised in the United States as she seeks to reclaim her culture and identity — to discover what “Bosnian” means. Ivana Horvat fled Sarajevo with her mother in 1992 during the siege of the Bosnian capital, leaving her father behind. Three years later, her father reunited with his wife and daughter, and the Horvat family began building a new life together in Portland, Ore., a process captured in the many home videos that Ivana’s parents shot. Twenty years later, this footage becomes a lens through which Ivana can watch her transition from a young Bosnian child to an American woman. Despite speaking her native language at home, Ivana now feels distanced from her heritage, and she endeavors to embrace her cultural background by returning to Bosnia. Using home movies, the recollections of her parents, and revealing interviews with both expat and current Bosnians, Ivana builds a bridge into her past with the moving “Finding Bosnia.”

FRAME BY FRAME – Alexandria Bombach & Mo Scarpelli (Afghanistan/U.S.)
When the Taliban ruled Afghanistan, taking a photo was a crime. After the regime fell from power in 2001, a fledgling free press emerged, and a photography revolution was born. Now, as foreign troops and media withdraw after decades of war and an oppressive Taliban regime, Afghanistan is left to stand on its own, and so are its journalists. Set in a modern Afghanistan bursting with color and character,
“Frame by Frame” follows four Afghan photojournalists — including 2012 Pulitzer winner Massoud Hossaini and his wife and colleague, Farzana Wahidy — as they face the realities of building a free press. They must navigate an emerging and dangerous media landscape, reframing Afghanistan for both the world and themselves. Through cinema vérité, intimate interviews, powerful photojournalism, and never-before-seen archival footage shot in secret during the Taliban regime, the film connects audiences with four humans in the pursuit of the truth.

IN THE GAME – Maria Finitzo (U.S.)
This warm and often heart-tugging documentary — a look at four years in the life of a girls’ soccer team at Chicago’s inner-city Kelly High School in the primarily Hispanic neighborhood of Brighton Park — offers an intimate study in sisterhood and hope in the face of adversity. Award-winning director Maria Finitzo (“5 Girls,” “Terra Incognita”) follows the ups and downs of the team to reveal the very real obstacles that low-income students confront in their quest for higher education. The girls face an uneven playing field — or, in Kelly High’s case, no soccer field at all — and receive little or no support. But despite grappling with problems at home, uncertain futures, discrimination, and poverty, they remain undaunted because of the encouragement of their teammates and the dedicated mentoring of their selfless coach. The Chicago Reader says that calling “In the Game” a sports movie “would be selling it short. Director Maria
Finitzo uses the school’s soccer program to address larger issues about public education and social inequality.”

LOVE BETWEEN THE COVERS – Laurie Kahn (U.S.)
Romance novels and their signature covers are ubiquitous around the world, but the millions of women who read, write, and love them remain oddly invisible. “Love Between the Covers” provides a corrective to that oversight, profiling six very different romance authors: Mary Bly (aka Eloisa James), Len Barot (aka Radclyffe), Beverly Jenkins, the team of Susan Donovan and Celeste Bradley, and Joanne Lockyer. A comprehensive overview of the genre, the film makes a persuasive case for romance novels as a feminist expression and emphasizes the diversity of romance lit (the principal subjects include African-American and lesbian writers). “Love Between the Covers” especially celebrates the surprising collegiality and lack of boundaries between romance readers and writers. Although the film offers fascinating insight into the book business — the massive popularity of romance novels essentially helps support the entire publishing industry, and the revolution in e-books and self-publishing has opened still more doors to aspiring writers — the primary focus is on the emotional and intellectual needs that the books fulfill in both authors and devoted fans.

ONCE MY MOTHER – Sophia Turkiewicz (Australia)
When Australian filmmaker Sophia Turkiewicz was 7 years old, her Polish mother, Helen, abandoned her in an Adelaide orphanage. Sophia never forgot this maternal act of betrayal. Now in middle age, as Sophia examines her troubled relationship with Helen, she discovers the full story behind her mother’s miraculous survival in the years before, during, and after World War II. The details of Helen’s pre-
Australia life are the stuff of epics: orphaned at 6; abandoned at age 9 by an indifferent uncle; forced to live for years on the streets of her small Polish town (now part of the Ukraine); shipped at 16 to a Russian gulag to work as a slave laborer after Stalin and Hitler divvy up Poland; twice compelled to trek endless miles through Russian territory, ending up first in Uzbekistan and then in Persia; displaced to a refugee camp in Rhodesia, where she becomes pregnant — by an Italian soldier — with Sophia; finally arriving in Australia, where she’s forced to temporarily place her daugher in an orphanage. With Helen now sliding into dementia, Sophia must confront some difficult questions: Did she ever truly know her mother? Does she have it in her heart to forgive her? And is it too late?

In 2012, Ursula Meier’s “Sister” received the EDA for Best Female-Directed Narrative Feature, while Debbie Lum’s “Seeking Asian Female” took the EDA for Best Female-Directed Documentary. The narrative feature “Found Memories,” directed by Julia Marat, and the documentary “The World Before Her,” directed by Nisha Pahuja, received Special Mentions from their respective juries. 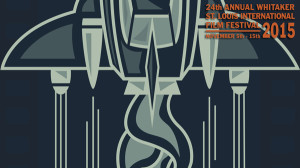 The Alliance of Women Film Journalists, Inc. (AWFJ), a not-for-profit corporation, is an association of professional female movie critics, reporters and feature writers working in print, broadcast and online media, dedicated to supporting work by and about women –
both in front of and behind the cameras – through intra-group promotional activities, outreach programs and by presenting annual EDA Awards in recognition of outstanding accomplishments (the best and worst) by and about women in the movies, and EDA Awards at selected film festivals throughout the year.