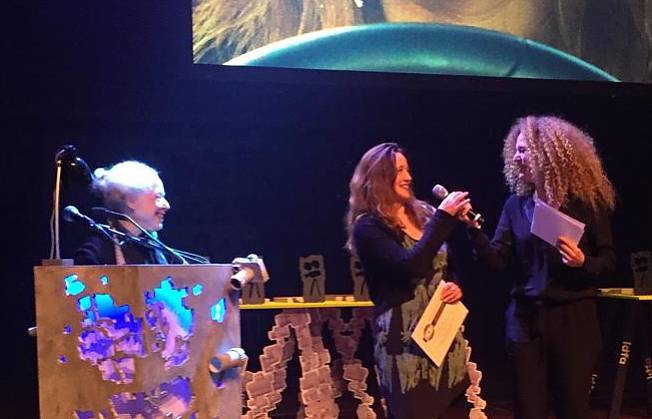 AWFJ was on hand to present EDA Awards to two outstanding documentaries at IDFA 2015’s awards ceremony on November 25, 2015, before a full house of filmmakers and documentary industry honchos at Amsterdam’s Melkweg’s Rabozaal. Read more>>

Danish filmmaker Nicole Nielsen Horanyi received the EDA Award for Best Female-Directed Film for Motley’s Law, a gripping and inspiring profile of the life and career of Kimberley Motley, former beauty queen turned litigator and the only American allowed to practice in Afghanistan’s courts.

Dutch filmmaker Ester Gould won an EDA Award Special Mention for A Strange Love Affair With Ego, her personal cinematic quest to understand her beloved older sister and the fragility inherent in all human beings.

For additional information about AWFJ EDA Awards @ IDFA 2015, including more about the list of ten nominated films, AWFJ’s panel of jurors and IDFA, please click here.