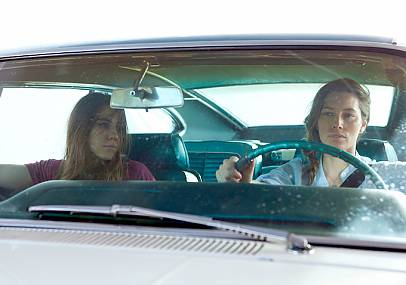 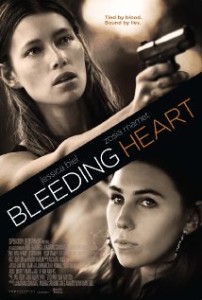 Opening Dec. 11, AWFJ’s Movie of the Week is Bleeding Heart, writer/director Diane Bell’s second film which tells the tale of two sisters caught up in the dangerous world of prostitution. Read on…

Jessica Biel plays yoga teacher May, who has always been desperate to find her estranged half sister Shiva (Zosia Mamet) but, when the two finally make contact, is shocked to find her sibling is a prostitute. May becomes determined to rescue Shiva from this life, sacrificing elements of her own happiness, but her actions put their newfound relationship under immense pressure.

Featuring two strong central performances from Biel and Mamet, Bell (Sundance Film Festival-winning Obselidia) mines the depths of sibling relationships to present a taught, well-observed dramatic thriller that makes the most of the talent involved.

Other Movies Opening the Week of December 8 – December 14