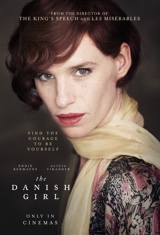 I’m not sure The Danish Girl does justice to Lili Elbe, to the transgender cause, or even to the notion that there are binaries that need to be smashed. I simply never believed that Copenhagen landscape painter Einar Wegener was harboring the secret that someone who appeared to the outside world to be a he was actually a she. It’s not that Eddie Redmayne, who portrays the artist, is too masculine for the role; he’s actually quite pretty as Lili, but I’m not talking about appearances. It’s that there isn’t an inkling of support anywhere in the film for the idea that Einar really is a transgender woman. Read more>>