One of the happy surprises of the 2016 Sundance Film Festival was a debut feature in the International Dramatic Competition, The Lure a musical-fantasy-horror-romance hybrid set largely in a shabby discotheque in 1980s Warsaw. Read on… 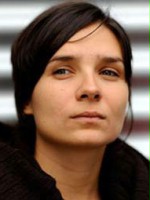 The tale of two mermaids who come ashore to work as nightclub performers, the ambitious first effort captured a World Cinema Dramatic Special Jury Award for Unique Vision and Design for director Agnieszka Smoczyńska to go along with the Best Debut Feature prize she won at her native Poland’s Gdynia Film Festival when the film made its world premiere in September. The awards are vindication for a filmmaker who ignored advice to keep things simple.

“Most of the producers said, ‘OK, make a very small film. Two people, one room, and you can tell the story,’” the director, 37, recalls during a chat at Sundance. “But because of my previous shorts, they were awarded, so I could get some more money for my debut and because I loved this idea—we started to work on a simpler story, we started, but we really wanted to tell this story.”

Mermaids as a Metaphor

A graduate of the Silesia University Department of Film Directing at the Krzysztof Kieślowski Film School in Katowice, Poland, some of Smoczyńska’s earliest memories are of the two restaurants her mother managed in Poland in the 1980s. The Lure’s composers, sisters Zuzanna and Barbara Wroński of the band Ballady I Romanse, are the daughters of musicians who played in nightclubs during that same era. The original idea—to be fleshed out with screenwriter Robert Bolesto—was to tell the story of two girls growing up in the type of restaurant/dance club hybrids that were popular in late Communist era Poland.

That was discarded when the story was deemed too personal. It was Bolesto that suggested that the tale’s sisters be transformed into mermaids—very young mermaids who can walk on land but who are only a cup of water away from regaining their fishtails—as a metaphor for growing up.

“Mermaids is a like a mask, like a persona,” says Smoczyńska. “Because they are mermaids, we decided to transform a Hans Christian Anderson fairy tale for adults. That’s why we have two protagonists, two mermaids…half is a beautiful girl and the other side is a monster. Because they are a hybrid, half-human and half-fish, our film is also a genre hybrid.

“When you are growing up, you start to understand your body and how it develops,” she adds. “I think the mermaid as a metaphor for growing up female is perfect to show the experience.”

Soundtrack as a Key Element of Story

The Lure’s soundtrack, too, is a hybrid, blending original songs from the Wrońskis with covers of the era, including Donna Summer’s disco classic I Feel Love, and showcasing a variety of styles. The mermaid sisters Golden (Michalina Olszańska) and Silver (Marta Mazurek) become part of the club’s house band, which dictated some of the music. But it was equally important to Smoczyńska that each character in this story of what happens after the girls come ashore and Silver falls in love with the band’s bass player (Jakub Gierszal) have his or her own song. 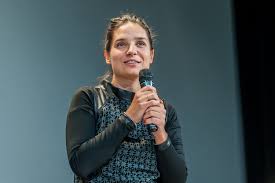 For that reason, even as she and Bolesto worked on the treatment, they were also working on the music, bringing the Wrońskis, choreographer Kaya Kolodziejczyk, and sound designer Marcin Lenarczyk into the process. After Bolesto finished his first draft of the screenplay, Lenarczyk wrote his own sound script for the film.

“Before we had a DOP, we had the composition of this film,” says Smoczyńska. “It’s not like a classical music theme. I like this, because it’s very truthful. The harmony is not so easy. They told me it’s like Slavic harmony, much more Slavic.”

No Little Mermaids, These

Production design is another key aspect of The Lure, which in addition to vividly recreating a 1980s Warsaw nightclub also includes Golden and Silver’s fishtails, which are long, scaly, and covered in slime. One character in the film refers to them as reptiles instead of amphibians, and the mistake is understandable. In their natural form, the girls do seem snakelike, as befits monsters. But the tails also differentiate them from The Little Mermaid’s Arial and others of that ilk.

“I remember when we made the fishtails, most of the crew—guys—said, ‘Oh no, that’s not nice. I thought it would be much shorter and much more sexy. They don’t look nice in this,’ Smoczyńska recalls. “I said, ‘Yes, because I don’t want them to look like the mermaid from Disney, from the infantile side. You present the sexuality.’” 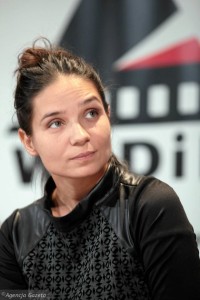 She continues, “It was very interesting, because one of the scenes, when one of the men presents the mermaids, presents the fishtails, he says, ‘Look at them. They’re nice.” And one of them asks, ‘Do they bite?’ ‘No, they are young, they don’t bite.’…It’s really a symbolic, metaphoric scene when you treat a girl as an item and her sexuality is also an item, especially when she’s young. They look like dolls, like Barbie dolls, but after they start to learn about the human world, they start to be much wilder.”

Why We Chose Her: Because with The Lure, Agnieszka Smoczyńska has made a vivid, audacious wholly original debut, a film that announces a major new talent on the world cinema stage.