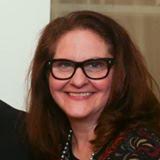 In recent years, when I’ve experienced so much strife in the New York Film Critics Circle after nearly two decades of active membership, I’ve often thought back to the first day I attended the voting meeting. I was seven or eight months pregnant with a child that would arrive early and with great difficulty, and I entered the meeting room with such hope and trepidation.

I’ve planned to write about it as an essay for some time and then, when Nikki Finke asked me to write fiction for her blog “Hollywood Dementia,” this was the story I wrote. I wrote it in first person first. Even though it was fictionalized, Nikki gave me the note to go third person. I did that and then it all began to shift.

If I had more time, I would rewrite it wilder and farther from the truth and yet closer to the emotional truth. I have an MFA in fiction from Columbia and have always written both forms simultaneously – my latest novel, a female-driven Western called THE LAST WOMAN STANDING: A Novel of Mrs. Wyatt Earp will be out from Amazon Publishing in July.

As I told Jennifer Merin, fiction is a different and wonderful muscle for me but the themes of my criticism and fiction are twin: showing the world from the female gaze.

Read my multiflex of critical and fictional muscle on Hollywood Dementia