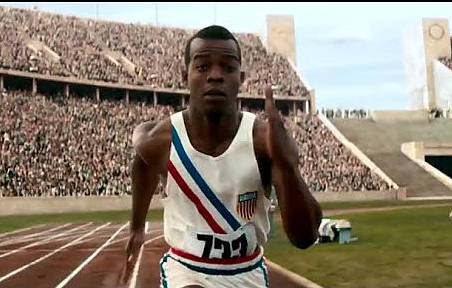 Opening Feb. 19, AWFJ’s Movie of the Week is Race, a remarkably well-crafted and long overdue biopic about Jesse Owens, the legendary Olympian who broke not only set track and field records but exposed and challenged the racism that permeated the sport. The film, directed by Stephen Hopkins and co-written by Anna Waterhouse and Schrapnel, follow’s Owens’ evolution as a racer, leading up to the 1936 Olympics, when he had to decide whether it was nobler to boycott Hitler’s spectacle or race to win it. The story is gripping, and Stephan James, starring as Owens, brilliantly fills the athlete’s huge shoes. The film is releasing at a time when Hollywood’s diversity issues are under scrutiny and this very watch-worthy film is clearly an Owens-worthy leap in the right direction. Read on…

AWFJMovie of the Week Panelists Comments

Nell Minow: Race is a long overdue film about Jesse Owens with excellent performances and a thoughtful portrayal of documentarian/propagandist Leni Riefenstahl.

Candice Frederick: Just when I was beginning to lose hope when it comes to Hollywood’s disturbing penchant for seeing black characters as victims, Race comes along. Here we have relative unknown Stephan James filling the big shoes of Olympic track hero Jesse Owens, at a time when the sport was filled with as much racism as American pride. As we continue to discuss diversity in film, support this one that puts its money where its mouth is.