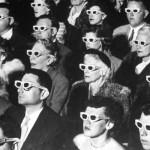 Meryl Streep’s use of the word “infuriating” to describe the disproportionate ratio of male to female reviewers on the Rotten Tomatoes is apt. But the need for diverse voices in film criticism does not suffice with gender. A wide spectrum of voices is critical in challenging the mainstream white male-dominated narrative that drives much of Hollywood and the popular media. Being introduced to diverse critical voices and opinions in the arts not only affects how we see the world but also has a profound influence on how we begin to heal it. Read more>>

Chaz Ebert is the CEO of several Ebert enterprises, including the President of The Ebert Company Ltd, and of Ebert Digital LLC, Publisher of RogerEbert.com, President of Ebert Productions and Chairman of the Board of The Roger and Chaz Ebert Foundation, and Co-Founder and Producer of Ebertfest, the film festival now in its 18th year. She is also a member of the Chicago Film Critics Association.