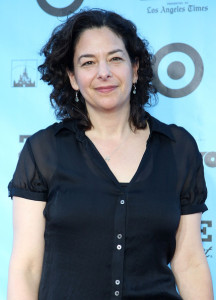 The San Francisco International Film Festival, the oldest film festival in North America, is a whirl of activity in the midst of its 59th season. San Francisco Film Society Director of Programming Rachel Rosen is in her element. This has been her world for 25 years, ever since the seasonal festival work she took while getting her MA in documentary film at Stanford University led to a career as a film programmer. Her influence has been felt not just at the San Francisco Film Society and San Francisco International Film Festival, but also at New York’s Film Forum and at Film Independent and the Los Angeles Film Festival, where she was director of programming for eight years. As the 15-day SIFF heads into its second week, Rosen takes a break from festival routine to talk about women in the world of film festivals. Read on…

Pam Grady: In your years working at film festivals, how has the festival world evolved for women?

Rachel Rosen: I have to say with film festival jobs, I have seen some improvement. It’s still, like a lot of film institutions, largely a boy’s club. I mean, if you look at the major film festivals, in terms of directors of programming, there still aren’t that many women setting the course of film festival programming. 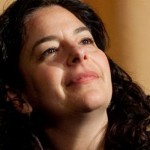 And it’s still a weird world for women, too. I remember my friend Sandra Hebron, who was the head of the London Film Festival for a long time, one of the British papers wrote about how she had worn the same dress to two events at the London Film Festival. She was just kind of like, ‘Really?’ Would anybody write about how [Cannes Film Festival director] Thierry Frémaux wore the same suit or tux twice in a row? Why is that a thing? And why is it still OK to even think about that?

I definitely have colleagues who are women who are directors of programming or executive directors, but I bet are percentages aren’t that much better than the number of women filmmakers getting into film festivals.

Grady: One thing I’ve noticed about this festival, about the San Francisco Film Society, is that there are a lot of women there, spread across almost all departments, in positions of responsibility.

Rachel Rosen: There are! I like it. It’s good. It’s true, and it funny, Film Independent, where I worked, had a female executive director and she’s now CEO of the Academy, but that was a pretty evenly spread organization, gender-wise. 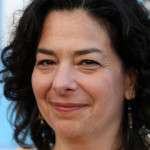 I feel like [former program director] Laura Thielen, the person from whom I maybe learned the most in terms of programming, that’s always been something that she’s been aware of. I think she’s had a natural desire to highlight the work of women—not just women, a diverse selection. Maybe “underrepresented voices” is the generic term for it. I don’t like the term, but I learned programming from someone who was conscious of the fact that it’s easy to overlook those underrepresented voices.

I’ve been doing a lot of thinking about this and I think it partly has to do with that same thing about audiences embracing foreign films. If the sensibility or the way of communicating is unfamiliar, it’s easy to be resistant to it. But I think it’s more the opposite, which is the way that like a pop song can go from you don’t like it, but then you hear it 50 times and then you hear it again and you like it, just because it seems familiar to you. There’s a certain style of European art house cinema that you see it and it seems familiar and you think, ‘Oh, that’s quality.’ I like those movies. I like programming them, but there’s definitely, when something is pushing against me, I have to stop and think, ‘Is this not good or is it just not familiar?’ Just being open and staying conscious to different modes of expression.

Grady: It seems like every film festival this year is touting this as the year of the woman and programming more women filmmakers. Cynical me wonders is this really a change? Are we really becoming more embracing of women filmmakers or is this just this year’s issue doomed to fade into the background again?

Rachel Rosen: I think it’s a combination. I mean, honestly, we may have touted our record. I don’t think it’s substantially better or worse than it has been in the last five years in terms of women. I remember a female filmmaker being discussed for an award at the festival, who shall remain nameless, in the ‘90s when I was first working here. A male film industry personality said something like, ‘There’s a reason no women are playing for the 49ers.” 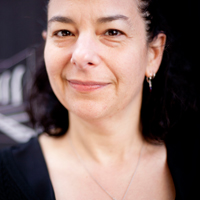 Rachel Rosen: Exactly. I just thought, ‘I can’t believe this person is saying this out loud.’ I’ll also say that another person who shall remain nameless saying about Kim Longinotto, to whom we gave an award last year, ‘Well, maybe we want to wait until she has her ‘big’ film.’ And I thought that’s not exactly the same thing, but it’s an internalized thing where her sensibility, I think, is very feminine in that she is incredibly self-effacing and empathetic. The point is she’s never going to have a ‘big’ film in the sense that Errol Morris would or Werner Herzog would, because she’s collaborative—it’s just a different sensibility.

That really made me stop and think. I think women are as broad and varied as any other human, so I’m very sensitive about making generalizations about what kind of movies women make, but I do think there are certain sensibilities that just register in a different way and make it so that people think, ‘Oh, that’s not award-worthy,’ or ‘That’s not a big enough film to put in a certain slot.’ I feel that is still there, but there is some improvement.

I do feel like a lot of the improvement—this is beyond our festival, but people like Kathryn Bigelow who are making movie with a sensibility that people love because it’s similar to the movies that are made by men.

Rachel Rosen: Exactly, and that’s still is—I don’t know, there’s something about big and bold gets the attention and quiet and pretty doesn’t. That’s not specifically male and female. I think Terence Davies is in the same boat.

Anyway, that’s a long, roundabout way of saying that I think about these things all the time. Also, we’re super-lucky, because we’re an international film festival. Many European countries have been supporting directors of both genders for a long time, so we’ve always had maybe a better male: female ratio than like a lot of American independent film festivals. France is giving money to women and they’re making amazing movies and we always show them. For a long time, there were a lot of really exciting North African movies made by women. The American system is harder for women, for sure.

I think the other thing that is getting better is that—the programmer’s dilemma is always balancing how hard you’re looking for something, but also know the problem is really further upstream, because the films have to get made for you to consider them. When I first started, I really feel like women were self-selecting out of certain modes of expression. We’ve never had a problem having female documentarians represented at the festival, but narrative fiction features, yes. Now, I feel like there are more fiction films to choose from.

Grady: Where do you see it going or do you not want to shine your crystal ball?

Rachel Rosen: I think it’s good that people are talking about it more. I’m not sure I believe there’s going to be a measurable change in the big money world. People are just too entrenched and too scared of change. And you look at Cannes. It’s not the year of the woman in Cannes this year. But I do feel like there’s improvement in terms of people getting movies made and eventually that’s just going to translate into improvement. I have to be somewhat optimistic about it.

Why We Chose Rachel Rosen:

With her 25 years of experience at the San Francisco Film Society, Film Forum, and Film Independent and the Los Angeles Film Festival, Rachel Rosen is in a unique position both as a woman working in the film festival world and as someone who has been in a position to watch the changing landscape for women as festival professionals and as filmmakers. For that reason, she is our May spotlight.