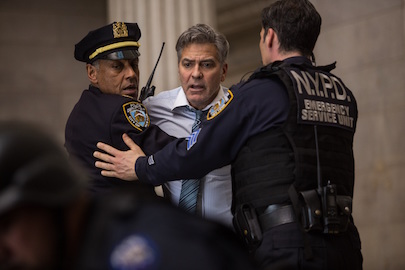 It’s been five years since Foster directed The Beaver in 2011, although she has helmed episodes of House of Cards and Orange is the New Black, and for her follow-up feature she has chosen a taught, resonant tale of a young man (the superb O’Connell, previously seen in 71 and Unbreakable) who takes over a live broadcast by popular financial host Lee Gates (Clooney) and demands answers as to why he lost all his money. Julia Roberts plays Gates’ producer Patty Fenn, who must manage the situation and finds her own loyalties put under pressure.

A cracking cast, together with a tense screenplay and strong direction from Foster make for an early summer must-see with brains as well as brawn.