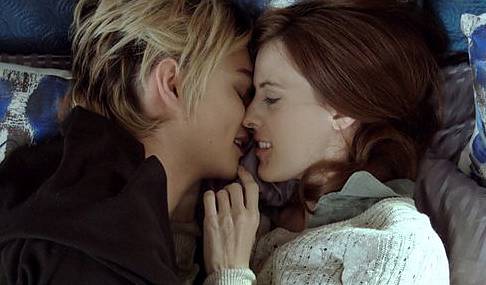 Opening June 3, AWFJ’s Movie of the Week is Honeyglue, the new film from young writer/director James Bird (Eat Spirit Eat) which sees a young girl face up to terminal illness with life-changing vigour Read on…

Eat Spirit Eat star Adriana Mather takes the lead role of Morgan, a conservative young woman who finds that she only has three months to live. The discovery leads her to shed her sheltered life and head off in search of adventure, and a new friendship with gender-defying artist Jordan (Zach Villa) leads her into entirely new adventures.

With two strong performances at its core, and sensitive handling of complex issues, Honeyglue is a moving and heartwarming in equal measure.