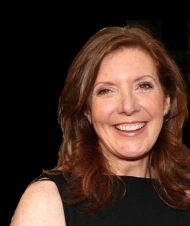 Hot on the heels of Susanne Bier’s tense miniseries The Night Manager comes Our Kind of Traitor, a second suspenseful John le Carré adaptation to be directed by a woman, British filmmaker Susanna White. A couple on holiday—Ewan McGregor as poetry professor Perry and Naomie Harris as high-profile lawyer Gail—risk their own lives to help Russian money launderer Dima, played by a scene-stealing Stellan Skarsgård, defect to the UK. A lifelong fan of thrillers the opportunity to direct one herself as her sophomore feature—her first was Nanny McPhee Returns (2010)—was one White couldn’t resist. Read on…

“When you’re going to commit two years of your life to something, you’ve got to have fallen in love with it,” she tells the website heyguys.com of the film, which opens stateside July 1. “And le Carré writes these complex, layered, flawed, essentially sad people. It’s quite Hitchcockian in that Perry is an everyman who gets caught up in this debacle, the MI6 characters are not at the heart of this piece which you’d associate more with Hitchcock than le Carré.”

White was only eight years old when she realized that she wanted to be a filmmaker. Her Brownie troupe was invited to a taping of Crackerjack!, a long-running UK kids TV series. While the other girls hoped to be picked to be on the show, White was fascinated by what went on behind the scenes. Before long, she had convinced her parents to buy her a Super 8 camera and she started making movies with friends.

After studying English at Oxford, White was awarded a Fulbright scholarship to attend UCLA, where she concentrated on film. She spent a dozen years making documentaries for BBC2 before she was able to transition to miniseries, episodic TV, and TV movies. She shared a 2006 BAFTA TV award for Best Drama Serial for Bleak House, and in 2007, earned an Emmy nomination for her direction of the miniseries Jane Eyre. She earned a second nomination for the gritty, Iraq invasion miniseries that was her breakthrough, Generation Kill 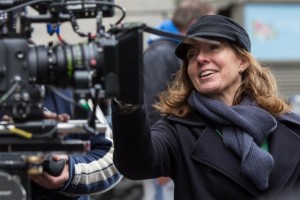 “As a woman, the film I was offered immediately after Generation Kill was Nanny McPhee and The Big Bang, not the obvious choice of someone who’s just done a war series,” she notes to DIY Film.

On the publicity circuit, promoting Our Kind of Traitor in the UK, where it opened in May, White has used the platform the film has given her to talk not just about her own work but also about the state of the industry for women in general. She is active in promoting opportunity for women filmmakers and she is involved with Directors UK and its efforts to improve access and right the current gender imbalance.

“There is certainly a much healthier proportion of women directing in factual programs on television (in the UK) where they are in charge of very small crews – one or two people – but the gender bias starts as soon as you move into drama where the director can be in charge of hundreds of people,” White tells IBTimes UK. 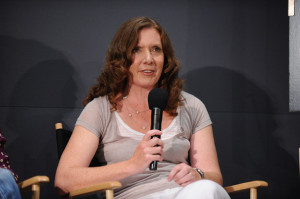 “Sadly, the proportion of women directing in television drama is not much better than in feature films at around 13% in the UK and this is part of the problem. The industry is risk averse and favors backing people with experience but if you are a woman it is much harder to gain that experience and therefore make the transition from television drama into feature films.”

The director notes that only around three percent of thrillers are directed by women, so she joins a select group in helming Our Kind of Traitor. She took the job, because she loved Hossein Amini’s screenplay and its cinematic potential and relished working with the cast. The story also resonated with her with its undercurrent of marital strife set against the spine-tingling suspense at the tale’s forefront.

“The marriage fascinated me, it felt very contemporary,” she reveals to heyguys.com. “To have two people with demanding jobs they’re struggling to hold down, and the fact Naomie’s character was earning more than Ewan’s and that made him feel emasculated.
“I really hope people connect to that, because it really mattered to me. A lot of the film for me is looking at gender issues. At the beginning of the screenplay it was written for a dozen pretty ballerinas to tiptoe across a stage, but I made this choice to get Carlos Acosta instead, suspended in the air. For me, a lot of the film is examining what it is to be a man in 2016. What’s it like for a man who has a wife who is more successful than he is? Even though he’s so right on, and he’s proud of her for doing it, there’s a bit of him that feels emasculated by that and it’s his weak spot.”

Gender inequality in filmmaking has been a hot topic this year, and White believes real change is on the near horizon. Certainly, both Biers’ The Night Manager and White’s Our Kind of Traitor indicate new opportunities for women. 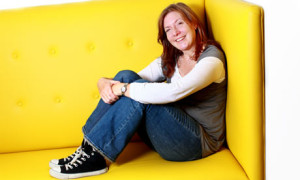 It’s a development White relishes, telling IBTimes UK, “I actually feel really excited for the future – I feel we are on the cusp of real change where we will have a cinema that more genuinely reflects our culture and the culture we would like to have and that is a very exciting possibility.”

Why Susanna White is in the SPOTLIGHT:

White says she didn’t take Our Kind of Traitor to buck trends, yet she does, becoming one of a select group of woman taking on a traditionally masculine drama. Coupled with her activism on behalf of other women seeking careers in film, makes the time right for her turn in the AWFJ SPOTLIGHT.