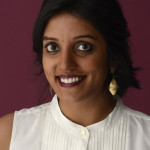 The all-female “Ghostbusters” remake has captured the mainstream media buzz this summer, but the true feminist statement of the season is to be found in another July release, Equity. It is the sophomore effort of director Meera Menon, and it presents a powerful and thrilling feminist drama about women working in the male-dominated environs of Wall Street. Read on…

Anna Gunn stars as a Wall Street IPO specialist struggling against the glass ceiling while facing office intrigue, regulatory scrutiny, and ugly rumors in taking a tech startup public. Written by Amy Fox (Heights), the Guardian raved after Equity’s Sundance Film Festival premiere that this financial thriller “takes us inside modern Wall Street in a unique and gripping manner.” 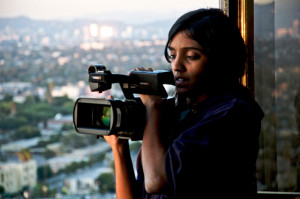 Meera Menon’s first feature, Farah Goes Bang, a road comedy about three young women’s adventures as they campaigned for John Kerry’s 2004 presidential run, won numerous festival awards, including the Nora Ephron Prize at the 2013 Tribeca Film Festival. A kind of neo-noir about the financial world might seem like a complete change of pace after that. But in truth, the New Jersey native who studied art history at Columbia before moving west to learn filmmaking at USC, was already familiar with that world: Her USC thesis was a script about a female on Wall Street. Investment banking where Anna Gunn’s character works is in a different realm, but it is that same money-driven, overwhelmingly male financial pressure cooker.

Reaching Out to Women Audiences

Sony Pictures Classics is selling the movie as the first woman-centric film to take place within the environs of Wall Street—and that’s the point. Menon, Fox, Gunn and costars/producers Alysia Reiner and Sarah Megan Thomas (who is also credited with Equity’s story) have chosen one of the most testosterone-soaked environments in the business world to illustrate the sexism and pressure women face as they seek a level playing field and their own seat at the table. And, recognizing the value of their vision, Sony Pictures Classics is taking it into the mainstream. 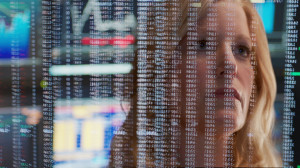 “Thematically, the film is about the resistance women face in male-dominated corporate environments, and the lines people are willing to cross in service to their own ambition,” Menon told IndieWire. “Creating a portrait of a female point-of-view in an environment that we’ve pretty much exclusively understood through a male perspective—Wall Street, Wolf of Wall Street, Arbitrage, etc.—was beyond exciting to me. It felt downright necessary.”

Bucking Male Dominance On Screen and Off 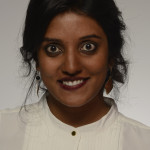 Interestingly, the producers of Equity hadn’t even seen Farah Goes Bang when they approached Menon about directing the film. Producer Mark Stolaroff, who had served as a consultant on Menon’s film, suggested her and a fertile partnership was born. Menon told Interview that among the things that attracted her to the project was the way Fox laid out Gunn’s situation in her screenplay as well as the strength of the characters.

“(What) really makes the premise of this film compelling: the idea of a woman negotiating issues around power and money, which are two things that have historically been denied to women,” said Menon. “To see a woman operate successfully, but still find those barriers a result of that historical and systemic bias in her pursuit to the top, is a really interesting struggle. Through this experience, I recognized what an extraordinary set of personality traits it takes to be able to succeed in that world, and I was really drawn to the character work we could build with actors as a result.”

Female ghostbusters are all well and good, but Equity is offering up something special: Real women facing all too real issues at work. For Menon, it’s an opportunity to build on the festival success of Farah Goes Bang with a theatrical feature from a prestigious distributor with a genuine star in double Emmy-winner Gunn.

At the same time, Equity does share something in common with the new Ghostbusters. Both films challenge not just perceptions of women in the real world but also on screen. It’s a challenge Menon gladly accepts. 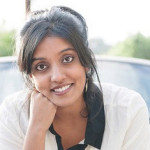 “At the end of the day, there’s only so much you can control how an audience responds to strong female characters,” she told Screen Prism. “A lot of the themes we are exploring in the movie—how women are either perceived to be too nice or too bitchy. When they are too toxic, they are perceived to be a bitch, and when they are too soft, they are perceived to be too nice in the business world. That’s a theme that’s explored in the movie, and I think all of those ideas do wrap up into how we experience strong female roles on the screens.”

“I think that’s what’s cool about the movie. It’s exploring a genre and a tone that we don’t see women occupy the central roles in very often. That was the intent, absolutely.”

Why Meera Menon and Equity in the AWFJ SPOTLIGHT:

Menon steps up to the big leagues with one of the most highly anticipated films of the summer. Equity signals the emergence of a bright new talent. The film itself takes a turn in the spotlight for the way it uses an entertaining genre thriller to explicate what women face in a male-dominated business environment.