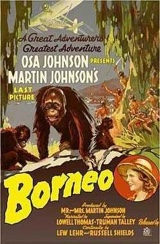 When we talk about the early years of cinema, there is no separating “the history of women in film” from “the history of film.” Women have been there from the beginning, and have shaped the medium in transformative ways. The idea that films could tell stories as opposed to documenting reality was hit upon by a woman, Alice Guy-Blaché, who made the very first narrative movie, in 1896. And the filmmaker who arguably created the modern documentary form was Leni Riefenstahl with 1935’s Triumph of the Will. Women have always gotten short shrift when it comes to acknowledging their contributions, but that’s not a reflection of the inestimable value of their work. Movies simply would not look and feel the way they do today without the input of women artists and innovators. Read more>>