To celebrate AWFJ’s tenth anniversary and mark the movie industry’s feminist developments since our inception, we present our Wonder Women Project, a list of cinema’s top 55 female fiction characters, each one a reminder to industry insiders and movie lovers that iconic females in film have had entertainment impact and social influence since the earliest days of cinema. 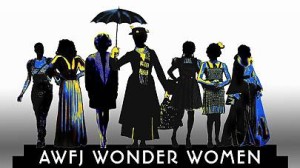 This week, our Wonder Women include two girls who learn some hard lessons about inequality and come out the better for it. Our Wonder Women also show their adaptability to change, their willingness to be generous, and importantly, their tenacious adherence to their own singular identities and personal integrity. Please meet our next group of Wonder Women, numbers 43 through 34: 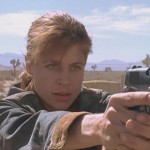 Along with Ripley from the Alien franchise, Sarah Connor was one of the best-loved female characters in late-20th-century sci-fi flicks. Her journey from innocent urbanite to mother of a revolutionary set the bar for strong female characters in a male-dominated genre. Sarah’s transition happens quickly. One minute she’s living a normal life as a single woman in Los Angeles, and the next she has a soldier from the future trying to help her escape a cyborg from that same time frame. She also has an extended period in the second film during which she’s assumed to be deranged. She really can’t catch a break. As it turns out, she doesn’t need one. Sarah looks like the all-American girl next door, but she has the guts of a prizefighter. When Kyle Reese shows up to save her–at the request of the son she has not yet had–she leaps onto a roller coaster of chases, handling weapons and outwitting computers. Smart, caring and passionate, Sarah opens her mind to the bizarre circumstances of her situation and opens her heart to a man who fell in love with her before they even met. —Betsy Pickle

42. MABEL LONGEHETTI from A Woman Under the Influence (1974) 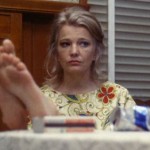 Is Mabel actually mentally ill? Or is she “merely” crumbling under the contradictory demands placed on women in a world that cares not for their desires but only for how women can serve men and children? Female self-abnegation, sublimation to the needs of others, lack of identity and privacy: there is a sense that “going crazy” is the only sane response to Mabel’s situation, which makes her an extraordinary feminist heroine. Mabel’s life and affliction, whatever it may be, say one thing: The world does not work for women, and it breaks women, and the methods of this world cannot fix women, either, when we break. Mabel is a sharp puncturing of the presumed correctness of traditional gender roles, and of what it takes for women to be happy and fulfilled as people. —MaryAnn Johanson 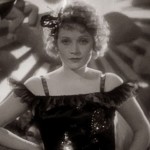 Weimar-era Berlin’s nightclub underground sets the scene for the undoing of a respected college professor in Josef von Sternberg’s dark 1930 tragicomedy The Blue Angel (Der blaue Engel), the film that launched Marlene Dietrich’s star and her lifelong signature tune “Falling in Love Again.” It’s late at night when staid prep school professor Rath (Emil Jannings) follows his students into in a seedy Berlin boite hoping to catch them drinking and leering at French postcards. He stands in horror of them as a repressed middle aged relic and he is a dinosaur to them, to be mocked. He’s hypnotized by the performer they’re staring at, the world-weary Lola Lola (Dietrich), the woman on the dirty postcards. He’s speechless, he feels something he may never have felt before, and he’s stirring to life. His students notice and cruelly hide her stolen underwear in his pocket, draw sex cartoons of him on the classroom chalkboard, and pile on scorn. He can’t save himself because he can’t think straight. As he helplessly chooses sex over respectability, Lola Lola sees in him a chance to escape the grind of the bump and grind, to become respectable. She allows him to kiss her and is drawn to him; her feelings have long been buried under her hard, glossy exterior as a survival tactic. But seeing someone so moved by her disarms her and she feels love. That’s our Wonder Woman, who steps off her pedestal to accept and learn to love. —Anne Brodie 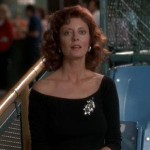 Bull Durham’s Annie Savoy is fearless. Annie grabs life by the balls (in this case, the balls are of the baseball variety) and calls all the shots. She’s completely in charge and views her sexuality not as something to hide but as something to embrace. The film’s set in the world of minor league baseball which, obviously, means it’s driven by male characters; however, Annie is never just a supporting player. Played by Susan Sarandon, Annie Savoy stands out among woman portrayed in sports films due to her intelligence, independence, and the fact she is an equal partner in relationships, both sexually and emotionally. —Rebecca Murray 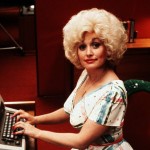 There is no such thing as “just a secretary” whether it be on film or in real life. Doralee is the perfect example of never judging a book by its cover. Just because you’ve got a voluptuous figure does not mean you have no brain, or wit, or feelings. Filled with gumption and heart, the character of Doralee Rhodes is still relevant in today’s male-dominated work force. Working toward equal pay, fighting against sexism and searching for the right kind of positive attention with a combination of humor and diligence is something we need to see more of on screen. —Liz Whittemore 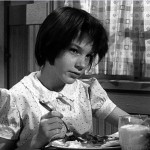 I had first watched To Kill a Mockingbird in grade school, after reading the book. The first thing I thought was how closely the film stuck to the book. But the second thing I remember thinking was how strange Scout was. Frankly, I was more used to seeing little white girls like her tap dancing in too-short dresses with big, cherubic smiles in film. Scout was different—and so self-aware. She had conviction, and she stood for something. It’s interesting, looking back at the onscreen portrayal by Mary Badham, because Scout never seemed to set out to play a significant role in an extremely sensitive and racially charged case. She was merely being herself—conveying an engrossing combination of youthful naivete and keen appreciation for humanity. This is something that subsequently catapulted her above most her adult peers. —Candice Frederick 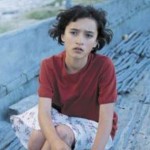 All too many girls know all too well how it feels to be dismissed as “worthless.” But Paikea, the heroine and title character of 2002’s Whale Rider, knows better than most. From the moment of her birth—also the moment of her mother’s and her twin brother’s deaths—Paikea suffers her grandfather’s disregard because she’s a girl, and therefore could never be the tribal chief to “lead our people out of the darkness” that modern New Zealand life has become. As a girl, Pai isn’t eligible to attend the sacred school organized to train a new generation in “the old ways—the qualities of a chief.” But true heroine that she is, 12-year-old Pai finds a way to demonstrate her natural (or is that supernatural?) gifts, not only persevering, but also triumphing despite the numerous obstacles her beloved grandfather throws in her way. First introduced in Witi Ihimaera’s 1986 novel, which was inspired by a thousand-year-old Maori legend, Pai represents a distinctive culture. Yet this feisty underdog’s coming-of-age tale also exemplifies a universal yearning—to have others see her as an individual, not “just a girl.” Yes, Paikea may be a girl, but she’s a girl with a mission — to lead the way. —Carol Cling 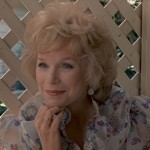 Looking at the average age of leading ladies might lead you to think that after 40, women are basically old ladies who spend their time watching game shows, knitting socks and waiting for death to come knocking. Aurora Greenway shows us that is far from the truth. A fulfilling life doesn’t end at menopause. At 50, the three-times grandmother is a self-assured single woman in full control of her own life, and what’s more, a sexual being. If anything, Aurora’s age is an advantage: She knows what she wants and is unafraid to pursue it. The fact that she pursues the handsome astronaut-neighbour-Garrett rather than settling for the putzy men who fawn over her sends a powerful message: Never settle. Never stop pursuing what you want even if it means you might get hurt. Because trying and knowing is better than always wondering “what if?” —Marina Antunes 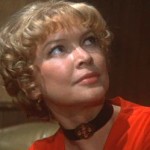 In 1974, women couldn’t get a bank loan unless their husband or father signed for it. But times were changing, and Alice Doesn’t Live Here Anymore reflected the times, putting a real face on women’s evolving roles in the workplace and at home. After her husband dies, homemaker Alice Hyatt is broke. She hatches a plan to resume her singing career, destination Monterey, Calif. With her precocious 11-year-old son in tow, Alice is in for a rude awakening as she struggles to adapt to being a widow. While singing at a piano bar in Phoenix, she learns her creep of a boyfriend, Ben, is abusive and married! Alice’s uncertainty deepens as she desperately takes a job as a waitress in Phoenix. Yet, she develops confidence while earning a real living. Maybe she can’t make up her mind in some ways, but her drive to create a better life never falters. Her noticeable growth into an independent woman is remarkable, and Ellen Burstyn’s portrayal is one every woman can identify with, no matter what age. Alice gets through with pluck, luck, resourcefulness and new friends. As she discovers an inner strength she didn’t know she had, her journey strikes a universal chord. Alice took charge of her own life, and it felt good. —Lynn Venhaus 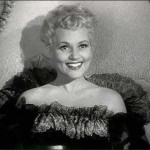 Created by playwright Garson Kanin, Emma “Billie” Dawn is a brassy, flashy, outspoken young blonde, a former chorus girl, who arrives in Washington, D.C., at the end of World War II as the “arm candy” of a crude, menacing junkman/mobster named Harry Brock who is looking to bribe a congressman. Realizing that Billie’s truculent ignorance and lack of manners have become a social detriment, Brock hires a tutor, newspaper reporter Paul Verrall, to “smarten her up a bit.” It’s her iconic gin game scene with Harry that defines Billie, showing her concentration and enthusiasm, wiggling her pinkie as she wins every hand. While mindlessly singing throughout the whole thing, she knows exactly what she’s doing, subtly getting back at Harry’s domination. That’s when it becomes obvious that Billie’s not stupid, just uneducated. Gradually, as she eagerly learns about U.S. history and literature, Billie also becomes enlightened about herself, particularly her need for self-respect, independence and love. Realizing how corrupt Harry really is, Billie aptly states what will become her credo: “Never do nothing you wouldn’t want printed on the front page of the New York Times.” —Susan Granger