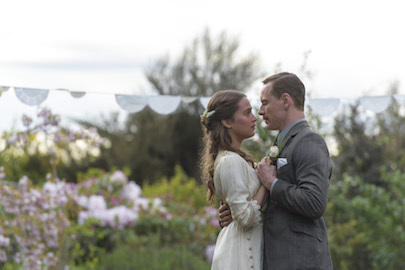 As we wave goodbye to a truly wretched slate of summer blockbusters, the season of serious films kicks off with a new cargo of epic stories, sweeping vistas and major actors. One film has every single one of these things – Derek Cianfrance’s adaptation of M.L. Stedman’s debut novel The Light Between Oceans. The film will have its premiere at the Venice Film Festival, before its release on September 2 in the US. Read On…

The story involves a couple, Tom Sherbourne and his wife Isabel, who have moved to a remote lighthouse on Janus Rock, off the Australian coast. Tom is recovering from the experience of battle in WWI, but Isabel has her own struggles, with a series of miscarriages. When a baby washes ashore, along with the body of man, the couple believes that their prayers have been answered. But the source of their newfound joy is the fundament of someone else’s tragedy. The story, in good Thomas Hardy-esque fashion, proceeds along with a series of terrible choices, towards an inevitable, inescapable conclusion.

If the pairing of Fassbender and Vikander (two of the most physically beautiful actors working today) fails to entice, perhaps you should check your pulse, as you might be dead. The presence of Rachel Weisz adds another level of thespian skill, and director Derek Cianfrance (Blue Valentine) has demonstrated that he has a particular way with both romance and tragedy.

Pam Grady: Moving melodrama or manipulative tearjerker? We’ll soon find out with the release of The Light Between Oceans and its tale of a couple faced with a life-changing decision involving a child. Given the talent involved–Blue Valentine director Derek Cianfrance and stars Alicia Vikander, Michael Fassbender, and Rachel Weisz–it deserves the benefit of the doubt.

Thelma Adams: The Light Between Oceans – because who doesn’t want to see a romance between Fassbender and Vikander based on a novel written by a woman? (M. L. Stedman)