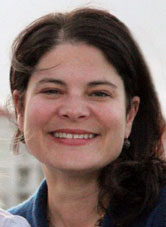 The documentary, which is currently streaming on Netflix, focuses primarily on two teenage sexual assault victims who had their humiliation made public via Facebook and other online social media outlets. The documentary should be considered a must-see for high school students, and the filmmakers should be applauded for their approach to this disturbing topic.

Married co-directors Cohen and Shenk are the parents of teenagers, and social media bullying and its impact on the lives of impressionable teens was a subject they could not ignore. Cohen read about Audrie Pott, the Audrie in the film’s title, in the newspaper and that prompted the filmmaking team to explore the topic and help shed light on experiences of the victims.

In an interview with 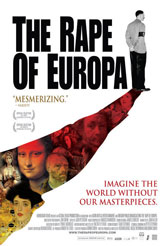 Producers Guild Award nominee Cohen also heads up Actual Films with Shenk and has produced films including 3 ½ Minutes, Ten Bullets, The Island President, Open Outcry, and the Emmy nominated The Human Sexes. Cohen also directed Meet Me in Miami Beach, Kofi Annan: Eye of the Storm, and The Rape of Europa.

Cohen was recently asked by IndieWire’s Diana Martinez if she had any advice for female filmmakers and she responded by saying the key is perseverance. “You can have kids and make movies: Never feel you have to make a choice between them,” said Cohen.

In the same interview Cohen named Deborah Hoffmann’s Long Night’s Journey Into Day as her favorite woman-directed film. “Long Night’s Journey Into Day tells the story of Apartheid in South Africa through four cases that went through that country’s truth and reconciliation commission. The film is beautiful and poetic even in light of the horrors it details. Debbie’s craft is all about finding truth and humanity, while never losing the beauty and poetry of the craft of filmmaking,” explained Cohen.

Why We Chose Bonni Cohen for the AWFJ SPOTLIGHT:

Bonni Cohen is a talented, passionate filmmaker who not only tackles difficult subjects but also extends a hand to fellow filmmakers. Her latest documentary, Audrie & Daisy, is an incredibly timely film that is both heart-wrenching and life affirming. The film’s subjects endure incredible peer pressure and unwarranted shame, and yet there’s a positive outcome as they band together to not let bullies destroy who they are as individuals. Cohen and her co-director have created an outstanding film for young women, and that’s one of the many reasons Cohen deserves to be honored as our October SPOTLIGHT artist.