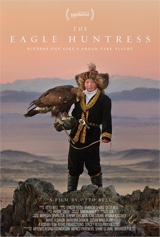 Thirteen-year-old Aisholpan Nurgaiv is not the first female eagle hunter in the 2,000-year history of the Kazakh culture, as the documentary The Eagle Huntress suggests. And it seems that, while hunting with eagles is a male-dominated pursuit, girls and women are not dissuaded from participating, and, indeed, Kazakh culture appears to be a lot more egalitarian than the movie implies. In fact, there seems to be a host of issues with The Eagle Huntress: factual, with regards to how truly representative it is of Kazakh culture, and ethical, in how its subjects were treated by filmmaker Otto Bell and in whether its warping of reality is so great that it can no longer be accurately deemed a documentary… Read more>