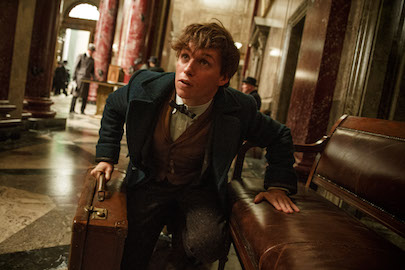 “The old world is dying, and the new world struggles to be born; now is the time of monsters.” – Antonio Gramsci’s famous phrase has been making its way around the internet at the moment. If anyone knows a thing or two about beasts and monsters, it is author J.K. Rowling. Way back in June, Ms. Rowling wrote a rather interesting and timely essay. Read on….

“I’m not an expert on much, but I do know how to create a monster. All enduring fictional bad guys encapsulate primal terrors and share certain traits. Invincible to the point of immortality, they commit atrocities without conscience and cannot be defeated by the ordinary man or by conventional means. Hannibal Lecter, Big Brother, and Lord Voldemort: all are simultaneously inhuman and superhuman and that is what frightens us most….Look towards the Republican Party in America and shudder. ‘Make America Great Again!’ cries a man who is fascist in all but name. His stubby fingers are currently within horrifyingly close reach of America’s nuclear codes. He achieved this pre-eminence by proposing crude, unworkable solutions to complex threats. Terrorism? ‘Ban all Muslims!’ Immigration? ‘Build a wall!’ He has the temperament of an unstable nightclub bouncer, jeers at violence when it breaks out at his rallies and wears his disdain for women and minorities with pride. God help America. God help us all.”

So, in this horror show, otherwise called reality, what to do? Perhaps some escapism is not unwarranted. Although, Rowling readily admits that her story about Newt Scamander was prompted by contemporary world events, the film takes place in 1926 New York City, some seventy prior to Harry Potter’s appearance. Wizards are busily trying to avoid persecution, economic disparity is at dizzying levels and the bitter division between magical and non-magical folk has taken on frightening new proportions. The political implications of the story are pointed and often quite explicit, as an article in the New York Times recently indicated. Curiously enough this film may be exactly right for our current period in time.

Liz Wittemore: Fantastic Beasts and Where to Find Them (written by: J.K. Rowlling) – While this week has a slew of brilliant openings, the magic of the Harry Potter casts its spell on audiences in this brand new spin off franchise. Reportedly already in the works as one of three films, Fantastic Beasts is conjured from the canon of the Harry Potter books. If the visuals are anything close to the original films, children and adults alike are in for a real treat. With a star-studded, award-winning cast and with J.K. at the story’s helm, we have nothing to fear but the magical creatures she creates from page to screen.

Nell Minow: Fantastic Beasts and Where to Find Them — with J.K. Rowling writing the screenplay for the first time, and a promised five-film series, this first film in the Harry Potter universe to be set in the past and set in the US looks very promising.

Leba Hertz: Fantastic Beasts and Where to Find Them. Good cred with Peter Yates as director and Eddie Redmayne as the star.