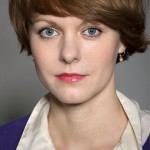 The German filmmaker Maren Ade is making waves with her third feature Toni Erdmann which caused a sensation at the Cannes Film Festival. Now it opens in theaters and this is a movie no one should miss.

Four days before the 69th Cannes Film Festival, Maren Ade was still in the editing room to finish her third feature film Toni Erdmann. When it premiered, it caused a small sensation and it was a clear favorite among the critics to win the prestigious Palme D’Or. But then the German movie “only” received the Fipresci Competition Award (the International Critics’ Prize) and was snatched by Sony for US distribution. 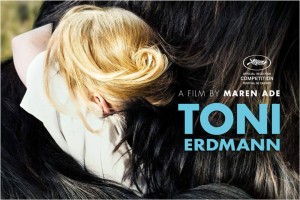 But the filmmaker says she is not heartbroken over what many considered a snub. Talking to the German newspaper Der Tagesspiegel she explained: “Everyone thought the movie would win some award, but I am always suspicious (if that can be true). It’s hard for me to have an opinion because I did not see any of the other movies in competition. My movie played very early in the festival. And all the directors who were are awarded are amazing.” 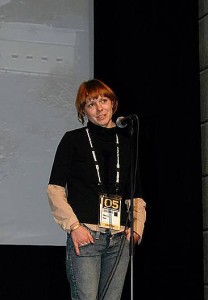 Asked if she thinks that she lost out because she is a female filmmaker (The Cannes jury under the helm of 71 year old George Miller awarded the Palme D’Or to 80 year old Ken Loach for I, Daniel Blake which prompted some critics to say that old white men chose not to give it to a woman and were old-fashioned in their choice), she replied: “I think that is far fetched. I don’t think a movie should be awarded because it is made by a woman. The jury seems to not to have enjoyed the movie as much. It happens.” And she continued: “I am really not angry (at losing out). I was satisfied with the reception at the festival and I think it’s important that there is a independent jury.”

She indeed can be more than happy since she accomplished what many might consider an oxymoron: A funny German movie. The Teutonic nation is not attributed with being humorous and yet, the audiences and critics everywhere hail how hilarious Toni Erdmann is and consider it “the best German comedy you’ll ever see” (according to The Hollywood Reporter). 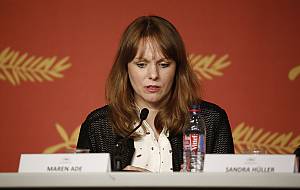 This is particularly surprising since the movie is a whopping 162 minutes long. Prior to Cannes, filmmaker Maren Ade was only known to some festival-goers and cineastes with taste for German cinema. Her directorial debut The Forest for the Trees (Der Wald vor lauter Bäumen) and its 2009 follow-up Everyone Else (Alle Anderen) were well-received and considered smart filmmaking but still did not create any waves internationally.

It took seven years for the German filmmaker to make Toni Erdmann. She started working as a producer after her last film and also founded a production company Komplizen Film (Komplizen means accomplice) with friends from the Janine Jackowski and Jonas Dornbach with whom she attended the University of Television and Film Munich. It took her almost two years to write the script for Erdmann and several months to do research in Romania where part of the movie takes place. Finding the financing wasn’t easy either and then, after shooting the movie, she had 100 hours of footage which made the port-production time consuming. She also had two children in that time period with her husband, German director Ulrich Köhler who won the directing award in 2011 at the Berlinale with Sleeping Sickness (Schlafkrankheit).

Ade says it has advantages to being married to another filmmaker since he understands how stressful and involved filmmaking can be. She also does not see him as a rival but rather as an inspiration to be better at what she does. The couple try to alternate their film projects in order to be able to spend enough time with their family.

Toni Erdmann has several sources of inspiration. Ade’s own father considers himself a prankster and loves using fake teeth (she gave the gag item as a gift to her dad after receiving them at a Austin Powers premiere where they were handed out as merchandise) to make people laugh. She says she enjoyed how her father became a different person when he was wearing them and developed the character based on that – even though the rest of the story is entirely fictionalized. The movie title is an homage to two different things that are important to her: Toni alludes to Tony Clifton because Maren Ade loves Andy Kaufman. And the last name Erdmann she saw on a sign while driving through her hometown Karlsruhe. 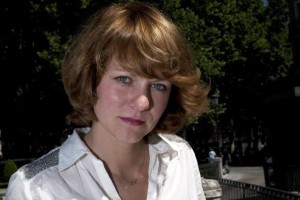 The movie tells a odd father-daughter story: Winfred (played by a wonderful Peter Simonischek) is a music teacher whose relationship with daughter Ines (played by Sandra Hüller) has become somewhat estranged due to her busy job at a consulting firm. In order to reconnect with her he decides to make a surprise visit in Bucharest (Romania) where she is working. When things don’t go as planned he takes on his alter ego Toni Erdmann and disguised with fake teeth, a wig and wearing a shabby suit infiltrates her workplace –with hilarious results. What follows are weird but touching encounters between father and daughter. “\Toni Erdmann never gets too sentimental in bringing these two people together. The humor might be considered peculiar for some, for instance when Ines decides to celebrate her birthday nude with her office or. There is also a rather shocking use of Petit Four in a scene – but all this makes Toni Erdmann a remarkable, unique and memorable movie.

Maren Ade says comedy in Toni Erdmann is based on her personal humor and was surprised that audiences find it amusing. “I don’t think the film is a comedy. It’s a drama where you laugh sometimes. It’s so funny that people are calling it a comedy”, she told interviewers about her film. Well, in that case she accidentally created a wonderful German comedy.

Why We Chose Maren Ade for the AWFJ SPOTLIGHT:

Because making a fantastic German comedy is not an easy feat. And she is clearly an emerging filmmaker to watch. We are looking forward to her next work that hopefully will not take another seven years to make. Toni Erdmann is Germany’s official submission for the Foreign Language Oscar category. Watch the trailer here https://www.youtube.com/watch?v=imRcz9atLfo