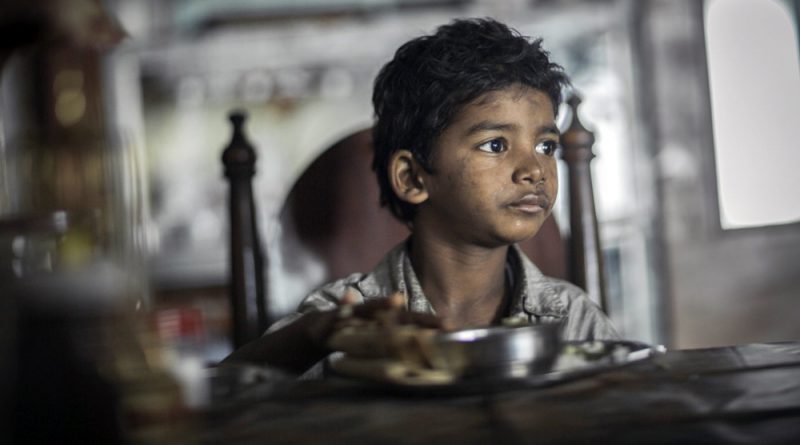 When five year-old Saroo (Sunny Pawar) is accidentally abandoned in a railroad station, he gets on a train and falls asleep, travelling thousands of miles across India, far away from his family, left to fend for himself as an orphan on the streets of Kolkata (Calcutta). That’s how he embarks on the adventure of a lifetime – one that takes him all the way to Australia, where he’s adopted by a loving couple (Nicole Kidman, David Wenham), growing up, safe and secure, in Hobart. Read on…

25 years later, guided only by fractured, fragmented memories and steadfast determination, adult Saroo (Dev Patel) discovers a technological phenomenon known as Google Earth, which leads him back to his long-lost village and a birth family he barely remembers.

The result is spiritual without succumbing to sentimentality.

The film’s secondary theme revolves around the unconditional love of an adoptive parent; the two mother-figures are the pillars that support the story – and there’s not one wrong note, look or line of dialogue.

More than 80,000 children disappear each year in India. So this story’s emotional and structural elements strike a basic, universal chord.

While much of the first section is in Hindi with English subtitles, it’s neo-realistic and immersive, transcending language barriers, since its primal appeal revolves around the search for family and identity. And the poignant credits pair the actors with their real-life counterparts.

On the Granger Movie Gauge of 1 to 10, “Lion” is a triumphant 10. It’s the intimate, uplifting drama you’ve been yearning for.