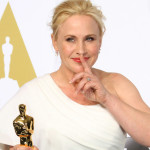 The Academy of Motion Pictures Arts and Sciences has announced – to widespread chagrin– that the press and publicists would no longer be a part of the annual tradition of being at AMPAS headquarters in Beverly Hills at the Samuel Goldwyn theater when the Oscar nominations are revealed on January 24. A beloved tradition is gone. What comes in its place and what do the changes augur for Oscar’s future? Read more on AWARDS INTELLIGENGER