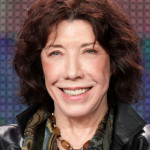 The Academy will forego a live audience for the nomination announcements, instead livestreaming them at Oscars.org, which has caused quite a flap among publicists and members of the press. But everyone’s delighted that Jane Fonda and Dolly Parton will present SAGs Life Achievement Award to brilliant, all-round entertainment maverick Lily Tomlin during the 23rd Annual Screen Actors Guild Awards. And more coursgeous female stars are speaking out to spark change in Hollywood. Read more on THE WEEK IN WOMEN.