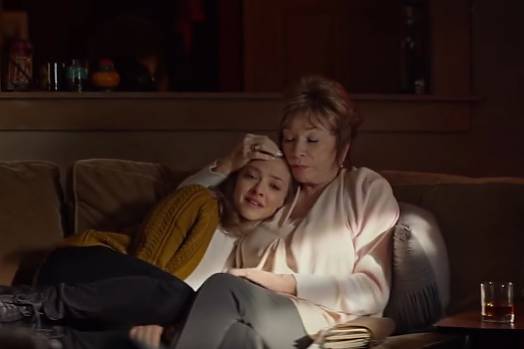 Where would we be without Shirley MacLaine? Ever since her first appearance in cinema (Hitchcock’s The Trouble with Harry), the woman has proven to be a wild card in the best sense of the term. Think of the jilted office girl that captivates Jack Lemmon in The Apartment, the ripeness and sass of Sweet Charity, or the remarkable mother from hell in Terms of Endearment. La MacLaine injects a tartness, intelligence and slyness into her performances that elevates even the most well-trod of narrative tropes. Read on… So, it is also in The Last Word, in which she plays another crusty old dame, with a mean mouth and a bad habit of aggravating everyone within a ten-mile distance. Directed by Mark Pellington, from a script by Stuart Ross Fink, The Last Word had its premiere at the recent Sundance Film Festival. MacLaine plays Harriet Lauler, a comfortably well-off woman, with an OCD disorder and a near fanatical dedication to perfection. No one is safe from her controlling ways, from her gardener to her gynecologist. A near-death experience brings about her decision to pre-vet her own obituary, and she drafts the local obit columnist, one Anne Sherman (played by Amanda Seyfried and her hair) to write a suitably glowing testimonial.

Of course, since everyone appears to hate the old dame, this proves a challenge. Cue the entrance of an adorable urchin named Brenda (AnnJewel Lee Dixon) whom Harriet takes under her wing. Thus begins a series of meet cute situations that are supposed to hit all of the requisite needs for a proper send-off, including a new career (as a Radio DJ), and a mother-child reunion with her estranged daughter (played by Anne Heche). At this point in her career, MacLaine could phone in her performance without lifting one of her famously vulpine eyes. But she is a trooper. She gives the role a depth and pathos that belies the somewhat unlikely storyline. At age 82, Shirley MacLaine stills packs a wallop, and it is a genuine pleasure to see her in all her spiky fearsome glory. — Dorothy Woodend

Susan Wloszczyna: All hail Shirley MacLaine, who nearly single-handedly saves “The Last Word” from the contrived and potentially maudlin cutesiness of its premise by being her usual indomitable self while refusing to succumb to old-lady cliches. As a lonely rich retiree who is such a control freak that she recruits Amanda Seyfried’s newspaper writer to do her obit before she dies, this 82-year-old legend rises to the occasion of embodying a lovable battle-ax who has a few surprises up her silky sleeves. She also forces the rest of the cast – including Anne Heche as her estranged daughter, Phillip Baker Hall as her ex-spouse and pint-size potty-mouth AnnJewel Lee Nixon as her protégé – to up their games.

Betsy Bozdech: Shirley MacLaine has still got it, that’s for sure. This comedy revolves around her prickly but feisty Harriet, and MacLaine makes every scene count as Harriet steamrolls her way into becoming a better person before it’s too late. The strong supporting cast does a good job of both playing to her strengths and getting out of the way when necessary, resulting in a movie that’s far more charming than it might have been in other hands.

Anne Brodie: Shirley MacLaine and Amanda Seyfried co-produced and co-star as unlikely allies in the comedy The Last Word. MacLaine asks a local newspaper reporter to write her obituary and make it impressive and inspiring. But it seems she has alienated everyone she knows, including the reporter. They embark on a journey to find clarity and her true story suddenly reveals itself. I don’t entirely buy the execution, but it’s a crazy treat watching this May-December pair sizzle onscreen.

Nell Minow: Shirley MacLaine brings a career’s worth of experience and understanding to the role of a woman who has survived on her strength and isolation but yearns to understand what it feels like to care and be cared for.

Sheila Roberts: Shirley MacLaine captivates as Harriet Lauler, an 81-year-old curmudgeon with exacting standards who is determined to control every facet of her life until the day she checks out. She enlists the help of obituary writer Anne Sherman (Amanda Seyfried) to improve on her imperfect legacy before it’s too late. In turn, Harriet helps Anne find the confidence she needs to become the gifted writer she was always meant to be. Great casting elevates what might have been predictable Indie fare into delightful entertainment.

Liz Whittemore: Shirley MacLaine is sharp as ever in this dramedy about a woman whose power trips have put her in the negative eye of all those around her. Amanda Seyfried plays the obituary writer hired to make MacLaine sound loved. With the added chemistry by newcomer AnnJewel Lee Dixon, these three ladies teach each other about life, love, and changing for the better. The script does a brilliant job addressing age and stage issues without ever getting preachy. It’s a lovely balance of humor and sentimentality.

Jennifer Merin:The Last Word is a charming dramedy about an aging badass who wants to leave life shrouded in a legacy of respect rather than hatred. She decides it’s time to reveal her heart of gold. Shirley MacLaine, at age 82, bats the ball out of the park, and Amanda Seyfreid, along with newcomer AnnJewell Lee Dixon are terrific teammates in a game that changes all for the better. Heartwarming, restorative and very funny.