Last year, during one of Tribeca Film Festival’s Tribeca Talks, Jodie Foster famously commented that women who’ve maneuvered their way into the upper echelons of the Hollywood hierarchy have not been particularly helpful to women working behind the lens. 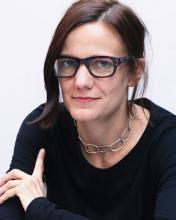 But Tribeca Film Institute’s recently anointed Executive Director Amy Hobby disagrees. While acknowledging some validity in Foster’s statement and noting that statistics continue to show dismal gender disparity in the movie industry, Hobby claims that the scene is changing.

Take note: Amy Hobby is in the know, and she’s in a position where she can actually make it so. Read on…

As industry insider, keen observer, feminist filmmaker and activist, Hobby is positively qualified to right the wrongs of ongoing and unacceptable gender disparity in the business of moviemaking.

During her 20 plus-year career in the industry, Hobby has worked behind the lens as a cinematographer and in other aspects of the moviemakers’ crafts, but she is best known as a film producer whose diverse projects have included award-winning narrative features (Secretary and the Ethan Hawke Hamlet, among them) and documentaries (most notably Love, Marilyn and What Happened, Miss Simone?).

Paving the Way for Others 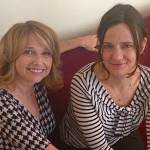 Hobby has actually forged her own career path through the hardships faced by women working in film. In 2013, determined to pave the way for others, Hobby teamed up with business partner Anne Hubbel to establish Tangerine Entertainment, a production company with a clearly articulated agenda and with various initiatives in place to support women directors, to develop scripts with strong roles for women and to tell compelling stories from women’s perspectives.

When she first joined Tribeca Film Institute as Vice President, Artist Programs in 2015, Hobby took on the responsibility for overseeing grants to be doled out to documentary and scripted storytellers, for developing filmmaker educational programs and workshops, and for addressing the gender parity and diversity issues that impact emerging filmmakers worldwide.

“Through my work as a producer, I have always looked for new ways to support and mentor emerging filmmakers, and Tribeca Film Institute will give me an amazing platform to expand on this work,” said Hobby at the time of her first Tribeca appointment.

Movies and the Global Community

Promoted to the position of Tribeca Film Institute’s Executive Director in November 2016, Hobby now has even greater opportunity to effect change. Adhering to an exhausting travel schedule that jets her around the world on back-to-back trips from a film festival in Missoula, Montana, to a movie industry conference in Melbourne, Australia, and to other such meetups wherever they occur, Hobby carries her message to the global film community, effectively developing partnerships that enhance chances for films representing diverse perspectives — those of women and minority groups — to be made and to reach people whom she calls ‘unlikely audiences,’ including those who don’t habituate cinemas for their intake of moving images. 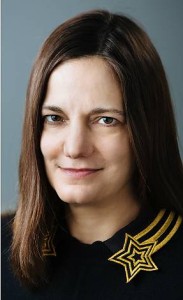 “Movies make a big difference in people’s lives, changing their attitudes towards one another, creating common understanding and common ground,” says Hobby. “It’s crucial to make films that reflect and represent different people’s lives and to find ways that these films and the stories they tell can reach new audiences.”

Having worked in both scripted and documentary genres, Hobby says she thinks fiction features actually have the edge on delivering story-based social and cultural messages to wider audiences.

“Although we’re seeing greater audience interest in nonfiction, documentaries tend to be seen by people who are already primed to agree with them, and there’s not much to be gained by preaching to the choir,” says Hobby. “But scripted films with strong, character-driven stories – human stories – can take regular moviegoers and unlikely audiences by surprise and move them, creating greater social awareness.”

Hobby emphasizes that greater opportunity for women filmmakers in both narrative and documentary genres is essential. “Women have great stories to tell – their own women’s stories, not stories in which male characters are rewritten as female so that quotas can be met,” she comments.

Hobby says she’s cautiously optimistic that change towards greater gender parity is in the air. “I’m not alone in my commitment to open opportunities for women filmmakers,” she says, circling back to Jodie Foster’s controversial comment.

Working with Women Who Help Women

“There are now women filmmakers’ groups like Film Fatales, for example, who are working together to help each other and support each other’s work, and individuals are speaking out — like Meryl Streep, for example, who is putting her money where her mouth is and funding scripts by women over 40 years of age. And, Paula Weinstein, who left Hollywood to work at Tribeca Enterprises and is committed to gender parity and diversity,” says Hobby, pointing to those whom she considers to be her colleagues in the cause.

Note that Hobby attributes advances towards gender parity to both independent filmmakers and Hollywood A-listers. She seems to work equally well within both movie industry sectors. And how does she manage that?

“I’m smart, I think creatively and I’m persistent,” she says matter-of-factly, without even a hint of self-aggrandizement. “And, I’m a person who is easy to like.” Agreed! Hobby has all of those admirable qualities. And she is exceptionally generous, as well.

Why We Chose Her: Amy Hobby has always used her own success in achieving her career goals as a platform for helping other women in film to achieve theirs. We applaud her ongoing commitment to creating greater opportunity for women filmmakers to tell women’s stories and look forward to seeing what she will accomplish as the Executive Director of Tribeca Film Institute.