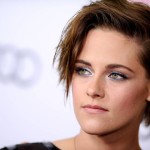 The megastar of the Twilight franchise when she was barely out of her teens is now a respected indie actress with a prodigious output. Last year alone, she won praise for roles in Woody Allen’s Cafe Society, Kelly Reichardt’s Certain Women, and Ang Lee’s Billy Lynn’s Long Halftime Walk, and directed a short film, Come Swim. Oh, and she hosted Saturday Night Live, delivering an opening monologue that affirmed her coming out, while also skewering her own tabloid fame. Read more>>