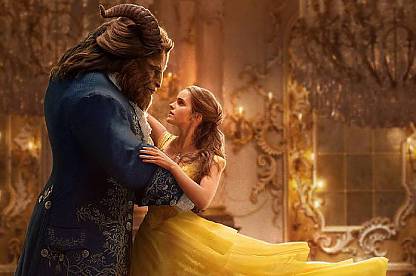 It may be a “tale as old as time,” but there’s plenty that’s new and fresh in Disney’s live-action take on one of folklore’s most enduring opposites-attract stories. First and foremost is Emma Watson as Belle, the independent, book-loving French girl who dreams of “adventure in the great wide somewhere” and ends up the captive of the surly, bitter, cursed Beast (Dan Stevens) after trading her own freedom for her father’s (Kevin Kline). Watson’s Belle is smart, confident, courageous, and feisty — she adds a welcome dash of our beloved Hermione to a character who was already considered one of Disney’s more admirable, self-sufficient princesses. Read on… 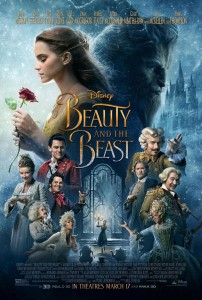 And then there are the brand new songs by Alan Menken, plot tweaks that address certain gaps in the animated original (i.e. the fate of Belle’s mother), and the this-is-2017-so-how-can-it-possibly-still-be-controversial matter of Gaston’s sidekick LeFou’s sexual orientation. (He’s gay. It doesn’t really impact the story. Can we move on?) Speaking of Gaston (Luke Evans), his determination to “otherize” the Beast seems more dangerous — and relevant — than ever, and the mob’s reaction is swift, intense, and scary.

But lest those whose affection for the Best Picture-nominated 1991 Disney classic worry that *too* much has changed, rest assured: Director Bill Condon appears to know better than to fix something that ain’t broke. This version of “Beauty” is still the romantic, charming musical you love. It has show-stopping musical numbers (“Be Our Guest” dazzles, and “Gaston” remains a lyrical masterpiece). The supporting characters are as witty as ever, particularly Ewan McGregor as Lumiere, Ian McKellen as Cogsworth, and Emma Thompson as Mrs. Potts. And Belle still dips and swirls in the most gorgeous yellow ballgown you’ve ever seen. — Betsy Bozdech

Susan Wloszczyna: This gloriously old-fashioned musical with gee-whiz trappings is a dazzling beauty to behold (with enough Rococo gold decor to gild all of Trump’s properties) and is anything but a beastly re-interpretation of a fairy tale as old as time. Still, this is a much denser — and longer, by 45 minutes — confection, one that doesn’t always go down as easily as the less-adorned yet lighter-than-air angel-food cake that was the original. My heart once again went pitty-pat during the ballroom waltz as Emma Thompson voicing Mrs. Potts honors her teapot predecessor Angela Lansbury by warmly warbling the title theme. But I couldn’t help but feel that the more-is-more philosophy that lurks behind many of these Disney remakes weighs down not just the story but some key performances. That is not to say there isn’t much to admire, especially director Bill Condon’s dedication to injecting the lushness and scope of tune-filled spectacles of yore into the world of IMAX 3-D. But this “Beauty” is too often beset by blockbuster bloat.

Anne Brodie: The new/old Beauty and the Beast is an absolute delight. The jarring contemporary milieu is absent in favor of a more humanistic view. It’s intimate, grand, lush and nicely familiar.

Sheila Roberts: Beauty and the Beast, Disney’s charming live-action reimagining of its 1991 animated classic, is visually stunning and boasts a strong performance by Emma Watson plus the best of Howard Ashman and Alan Menken’s songs. Yet this contemporary retelling of the beloved story doesn’t spring to life in the same enchanting way as its animated predecessor. While the film can stand alone without the comparison, my personal favorite remains Jean Cocteau’s darkly magical 1946 version.

Thelma Adams: Some musicals endure. Over time and repetition, the idea of this one seems more beast than beauty to me. Read more>>

Elizabeth Whittemore: Roughly 15 years after the Anniversary edition of the film was released, I still remember Michael Eisner’s special features speech. Disney’s goal was to release a live-action version of this magical fairy-tale. Finally coming to the big screen, with a heavy hitting cast of talented actors and singers, Beauty and the Beast is sure to be an instant classic. Based solely on the side by side comparisons that are shot for shot the same as the animated film, this live action version looks like an absolute dream. The film’s original audience, now parents themselves, will have the joy of sharing this new edition with their children with equal amounts of excitement.

Jennifer Merin: Dazzling in a way that only Disney does, Beauty and the Beast is sustained by performances that bring human emotion and values to the fantastic and sometimes distracting spectacle.

Leba Hertz: I loved the animation movie and this is just the icing on the cake. Matthew Crawley we’ve missed you!

Title: Beauty and the Beast