When Katell Quillévéré was awarded France’s Jean Vigo Prize in 2010 for her first feature film, Love Like Poison, the cinematic community knew they had an exciting and original new filmmaker to follow. Quillévéré, who studied philosophy and cinema at the University of Paris, shows a unique talent for asking big questions through the lives of her characters. Read on… 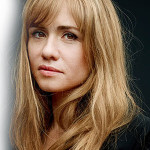 In Love Like Poison, Anna, her 14-year-old protagonist, has a crisis of faith when she discovers the temptations of sexual attraction while preparing for first communion and her parents’ impending divorce. The mysterious heart of the film is the contradiction between religious devotion and human nature, and the resulting conflict that tears at the human heart.

Her second film, Suzanne, goes further into the clash between duty and love as it follows her title character over 25 years of wild living and loving, observing closely the damage Suzanne wreaks on her family and herself as acts of causation, even destiny. Quillévéré felt compelled to make these films, but found financing to be a big stumbling block. As a result, “This rage that I was feeling was inside my movies.”

Although Quillévéré normally works from her own original material, her new film, Heal the Living, is based on the novel Mend the Living by French writer Maylis de Kerangal. “I felt really close to that story. The writer and I felt close to each other in a strange way and have the Catholic religion in common.” The result garnered her and her co-adapter, Gilles Taurand, a César nomination for their screenplay. 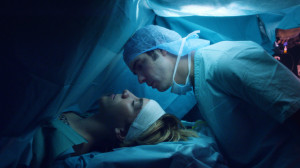 Quillévéré says, “My films are always stories about love in a personal and metaphysical way.” Heal the Living is a beautiful, often transcendent look at how two people, one who is brain dead following a tragic accident and another who will die if she doesn’t receive a heart transplant, meet at the boundary of life and death. Quillévéré almost seems to searching for the meaning of life and a way to cope with the inevitability of death within a melodramatic framework. 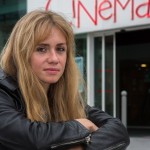 “I love melodrama and would love to be included in this genre. Directors like Kenneth Lonergan are really inspiring for me,” she says.
Quillévéré is an artist with a great deal to say and a strong urgency to say it. “I choose to make every movie as though it’s the first and the last in a way.” Heal the Living was as intense an experience for her as it is for the audiences who see it. “I need to regenerate myself—and go out again.”

Katell Quillévéré’s unique vision offers films that delve with clear-eyed directness into the joys and complications of our connections with others. Quillévéré’s growing maturity as an artist promises more opportunities for audiences to reflect on their own lives in a meaningful way through her work.