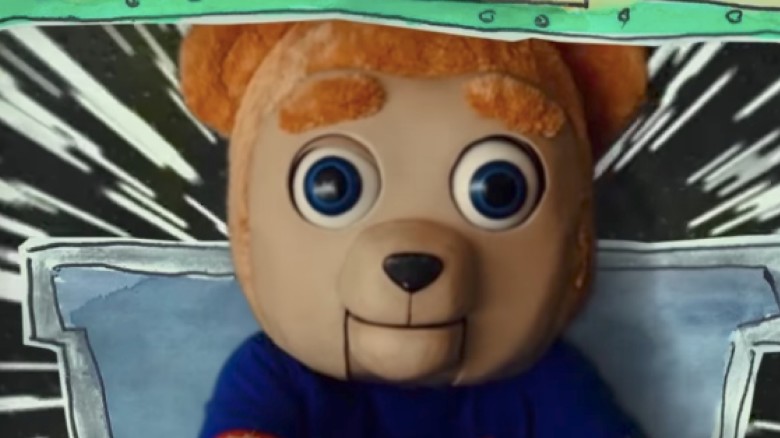 Some movies are designed for a particular audience, and if you’re not a 30-year-old boy, if you’re not obsessed with every nuance, line, and fly (insect and zipper) of a franchise, and if you have never stayed up to watch “Saturday Night Live,” you’re not it for Brigsby Bear.

The title of the film refers to the title and titular character of a cartoon designed for an audience of one. Brigsby Bear is an ursine cartoon designed to entertain a stolen boy. James Pope was kidnapped as a baby by two inventive people, who shake hands instead of pray before supper. They keep James in a geodesic dome and require masks to go outside, and he lives in a room walled in by tapes and tapes of episodes of Brigsby Bear. He knows every aspect of the series — except how it ends.

But when the Feds come to take him home to his real parents, James is discombobulated. The only thing that directs his energies in this foreign world is to try to finish the film his kidnapper started. He sways his new friends, seeming adults, into helping him.

Brigsby Bear offers tuneless laughs, a genuine plot device (re-incorporating an abducted manchild into society), and an open chasm between interesting and boring. If you’re not in the demographic, stay home.