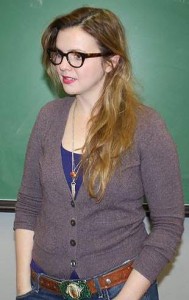 If courage had a name, it would be Amber Tamblyn. Her unblinkingly honest artistic achievements are legion.

The 34-year-old actress just made her directorial and screenwriting debut with Paint It Black, an emotionally charged drama about the relationship between a vulnerable young woman (Alia Shawkat) and her lover’s possessive mother (Janet McTeer) following his untimely death. As the film was releasing theatrically in May, Tamblyn hit the New York boards for the first time, starring off-Broadway in Can You Forgive Her?, penned by two-time Pulitzer Prize finalist Gina Gionfriddo. And, Tamblyn’s third book of poetry, Dark Sparkler, published in 2015, considers the dehumanizing myth-making surrounding more than 25 actresses who died young, including Marilyn Monroe, Brittany Murphy and Thelma Todd.

In 2016, Tamblyn, expressing concerns about the world in which her soon-to-be-born daughter would grow up, bravely called out those famously misogynistic comments by the then-Republican candidate for president by publicly revealing details of her own harrowing sexual assault by an ex-boyfriend. She continues her activism on behalf of women, urging people not to get complacent in between elections. 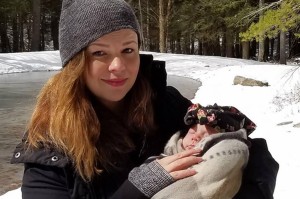 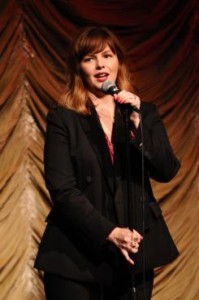 Native Californian Tamblyn is a Hollywood insider whose father, Russ Tamblyn, is a noted dancer and actor best known for his riveting performance in the 1961 film West Side Story and as Dr. Lawrence Jacoby in the landmark David Lynch TV series Twin Peaks.

Tamblyn made her own acting debut at the age of nine and landed a two-year gig on the soap opera General Hospital when she was 13. Even as a child, Tamblyn sought ways to speak in an authentic voice to the world.

She loves acting, but from early in her career as a performer, she has found the actor’s lack of creative control to be frustrating. Turning at a young age to poetry, which is her first love, she found the artistic control and agency that acting couldn’t give her. She became a published poet at age 12 when Kill Me So Much appeared in the San Francisco Chronicle, an experience she has said she found “exhilarating. I had this young, profound sense of affecting something.”

Poetry Builds Tamblyn’s Sense of Self

Perhaps having creative success outside of acting helped her avoid many of the pitfalls that destroyed other child stars she wrote about in Dark Sparkler. Nevertheless, while writing the book, she discovered that “I didn’t believe that my own voice mattered at all because of my privilege.” Her epilogue for the book, “The author died during the writing of this book,” bravely acknowledges that staring down the destructive power society can have on celebrities helped her shed her skin of self-doubt and develop a solid sense of self. 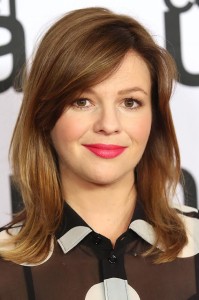 Paint it Black represents a watershed moment for Tamblyn, one in which she marries her poetic sensibility with her acting skills and feminism. She has said, “There are not enough movies about us [women] that are truly about us.” In adapting the novel by Janet Finch, best-selling author of the 1999 novel White Oleander, Tamblyn offers a realistic look at the reactions of the grieving girlfriend and the mother of a young man who committed suicide, unfolding their messy, self-destructive, unhinged encounters with each other in a moody, almost gothic horror fashion. Tamblyn is honest and brave enough to portray these savage emotions in a way that profoundly plumbs women’s inner turmoils and genuinely honors their challenging life experiences.

Amber Tamblyn has been in the spotlight since childhood, but she has reached beyond her privileged circumstances to explore humanity and feminism, and to offer us work that makes our journey through life richer and more authentic. Her work offers people—especially young women—a model for expanding our own potential. As she reaches new heights of artistry, AWFJ is honored to SPOTLIGHT Amber Tamblyn for the month of June 2017.